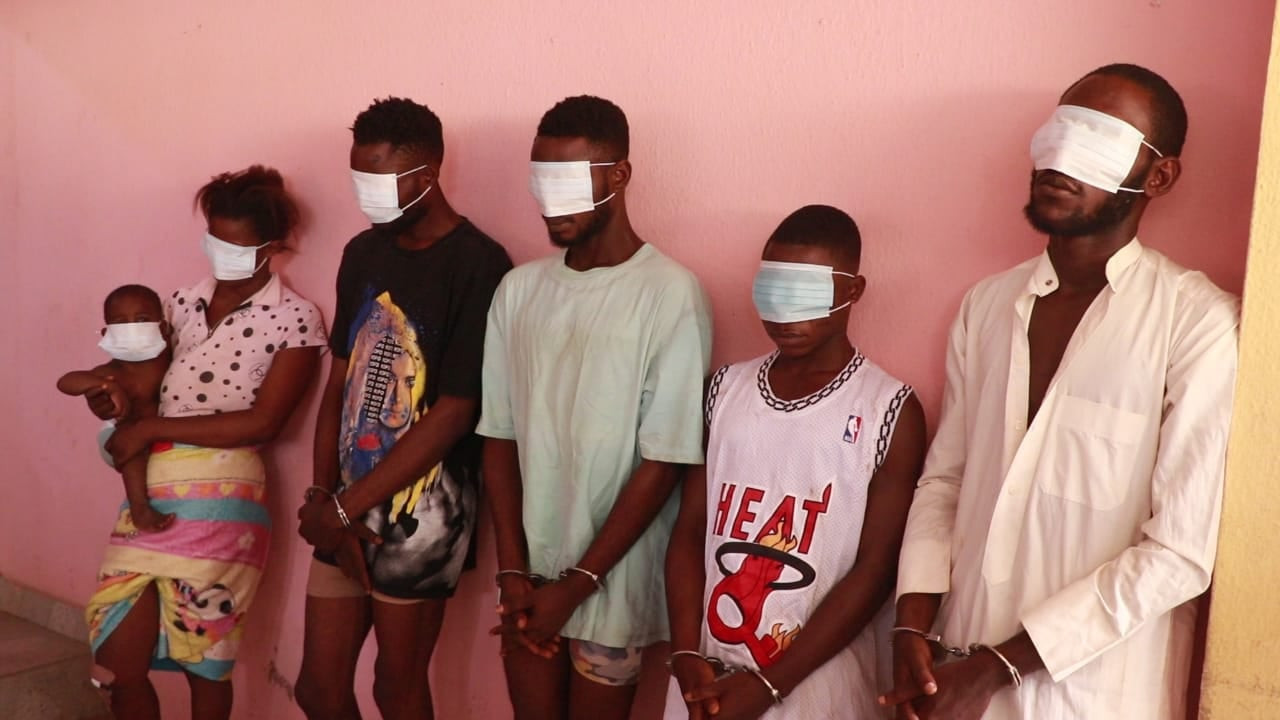 The Department of State Service (DSS) has arrested six members of a syndicate including a nursing mother that specialise in the kidnap of toddlers in Ondo State.

Parading the suspects at the DSS headquarters, in Akure on Monday April 4, the Director of DSS in Ondo State, Jonathan Kure, said the syndicate has been terrorising the state by kidnapping toddlers between the ages of two and four years.

Kure said that following the directive of President Buhari and the support of its Director-General and that of the Ondo State Government, the agency launched an operation to track down and arrest the suspects

According to him, the nursing mother who is a member of the kidnap syndicate, also helped to keep weapons for the group.

The DSS Director said the woman is also the wife to one of the arrested kidnappers.

“They (the suspects) have tormented so many families, especially within Akure, following the directive of President Buhari and support of our DG, we were able…