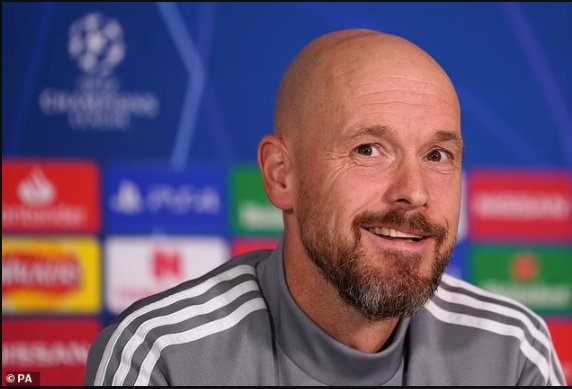 Manchester United’s dressing room is reportedly split over the potential appointment of Erik ten Hag as the club’s next manager.

The Ajax boss is the favourite to land the role ahead of other candidates including Paris-Saint Germain manager, Mauricio Pochettino.

The Manchester Evening News have reported that while some players are excited about the possibility of being coached by Ten Hag, others in the dressing room view him as an ‘underwhelming’ replacement to interim boss Ralf Rangnick.

As reported by Sportsmail in February, a number of players at the club would still like to see Pochettino get the role.

Former United players including Gary Neville and Nicky Butt have also given their backing to Pochettino, despite the former admitting that Ten Hag is the heavy favourite.

Pochettino refuses to be drawn on reports linking him with Man Utd job. But the club’s hierarchy is edging closer towards Ten Hag to become the club’s second Dutch permanent manager…