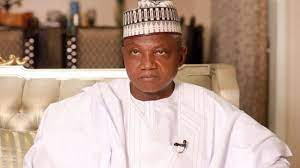 The presidency has reacted to the Peoples Democratic Party (PDP) governors’ criticism of the All Progressives Congress (APC) administration.

The PDP governors had met in Abia state on March 24, after which they declared that the APC is unfit to participate in the 2023 general election. They described the ruling party as a failure that had become a menace to Nigerians.

In a statement released today April 3, Garba Shehu, Senior Special Assistant to the president on media, said the PDP governors were attempting to cover up the “serial failure” of the opposition party’s period in office. According to him, the Buhari administration and APC “have strived these past seven years to repair” the damage done by the PDP.

“We cannot forget under PDP, the nation had an army full of phantom soldiers whose pay went to PDP politicians’ pockets while our under-resourced real soldiers died in the fight against terrorist insurgents and our international allies refused to…