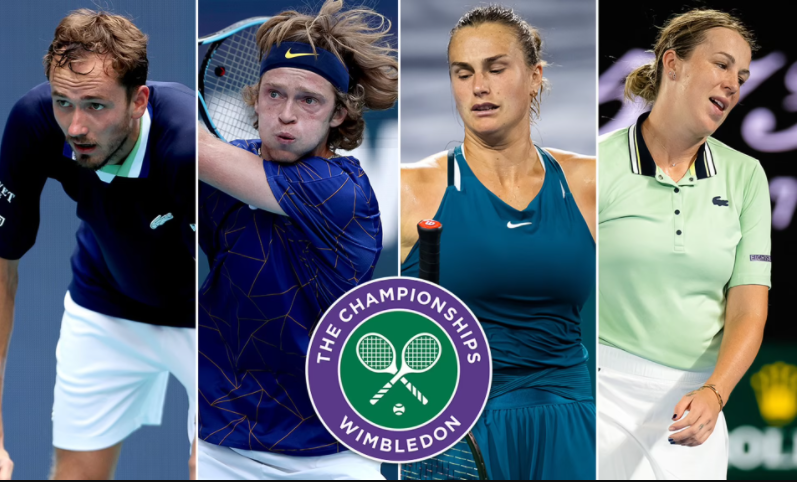 Wimbledon officials are reportedly in talks with the UK Government to ban Russian and Belarusian players from this year’s championships.

Reports have suggested men’s world No 2 Daniil Medvedev could be banned from the tournament due to fears a Russian victory would boost Vladimir Putin’s regime amid the invasion of Ukraine.

Russian and Belarusian athletes have so far been permitted to continue playing in ATP, WTA, and ITF competitions as long as they do so under a neutral flag and with no anthem played. But it is understood the All England Club, which hosts Wimbledon, may be allowed to implement a ban on players from those countries without risk of legal repercussions due to its independent tournament status.

Organisers are currently liaising with a number of bodies, including Government and the Lawn Tennis Association, ahead of announcing a verdict before next month’s entry deadline.

Nigeria is totally backward. The only thing moving forward is music/entertainment