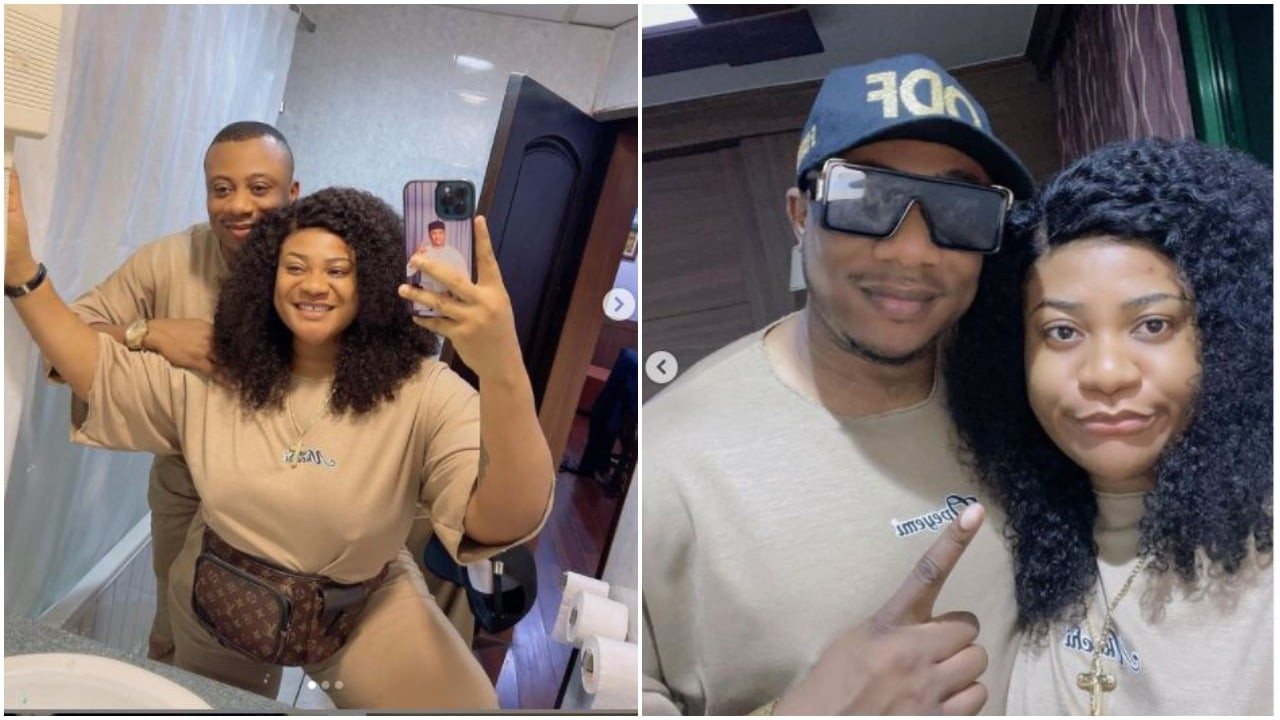 Falegan who went live on Instagram had said that he doesn’t want to be associated with notoriety but only want to be known for his philanthropic gestures.

Reacting to this, Nkechi stated that he shouldn’t lie about being the one that ended the relationship. She added that she can’t be using the money she makes to feed a grown man.

The actress who also responded to claims of her dumping the self-acclaimed politician after he allegedly built her a house, asked him to provide receipts to back up the claim.

Nkechi also swore on her late mother’s grave that she worked hard to build the house, with no help from her ex-lover. The actress maintained that he’s broke and an unserious politician who spends all his time on Instalive.