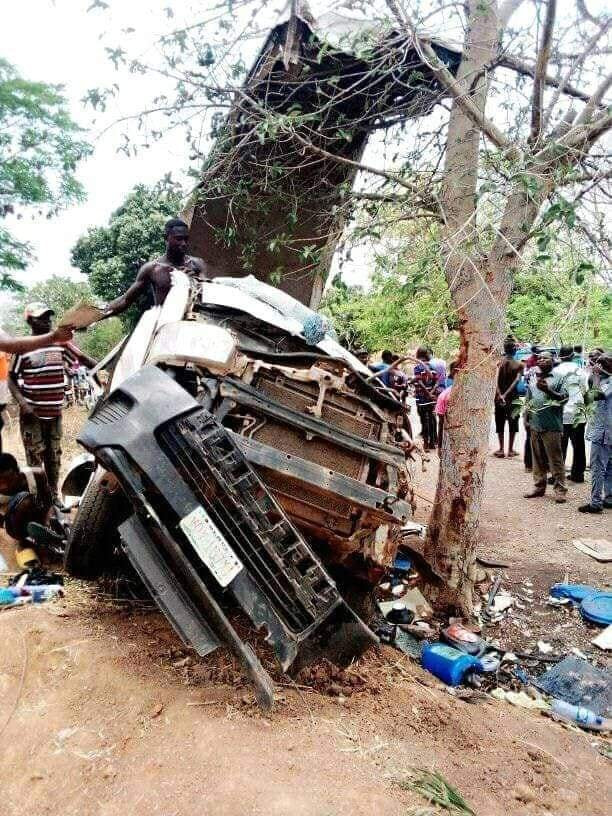 Four mourners have been killed while 15 others sustained various degrees of injury in an auto accident in Benue State.

The accident occured along the Gboko-Makurdi highway after the vehicle they were travelling in lost control and rammed into a tree on Thursday morning, April 7.

The accident was said to have occured after the Toyota Hiace bus which was conveying some members of the Catholic Women Organisation (CWO) lost control around the NYSC Orientation Camp located at Annune in the Tarka Local Government Area of Benue State.

Sources said that the women who were members of St. Francis Catholic Church, Nyeikaa, Owner Occupier Quarters, Makurdi were returning to Makurdi after attending the burial of one of their own when the auto crash happened.

“A hummer bus conveying CWO women that attended a burial coming in from Wannune heading to Makurdi lost control and rammed into a tree, killing most of the occupants including the driver and injuring many,” the source…