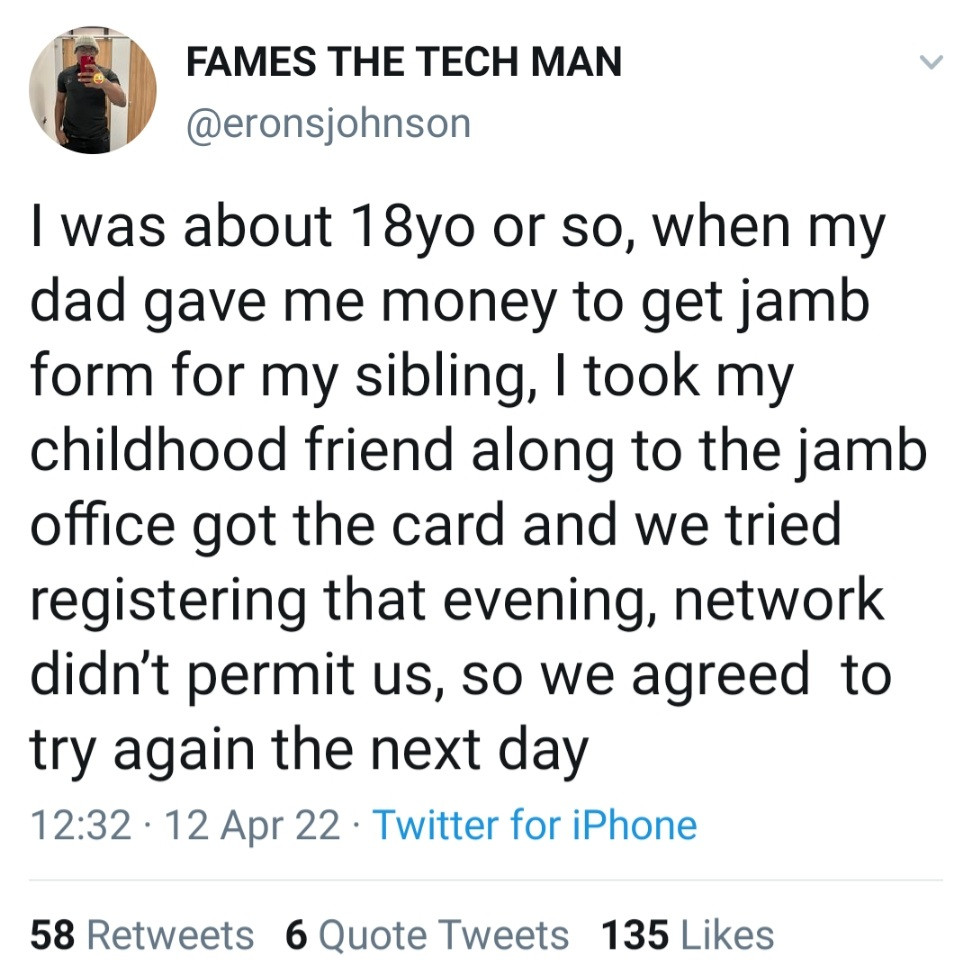 A man has narrated how a friend who duped him years ago when they were still teenagers ended up in EFCC custody.

The Twitter user said he was about 18 years old when he went to register for JAMB with a friend.

Network didn’t permit them to register that day so he left and returned the next day only to discover that the card has been used.

He later discovered that his friend had copied the PIN from the card and used it to register for himself.

The victim said he just found that same friend paraded by EFCC for fraud and his mugshot shared on the anti-graft agency’s page.