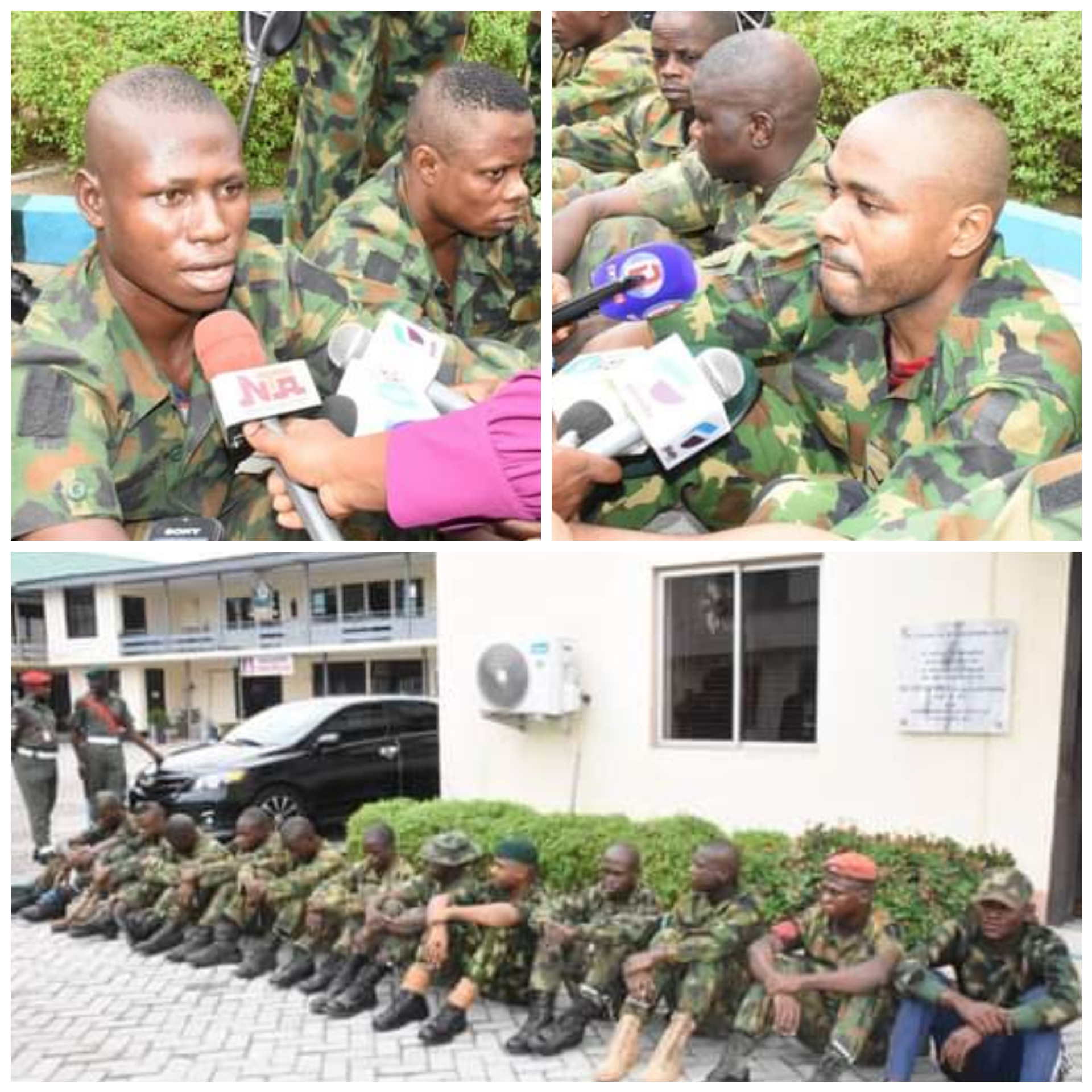 The fake soldiers were apprehended by 81 Division Military Police personnel during OPERATION CHECKMATE in the states.