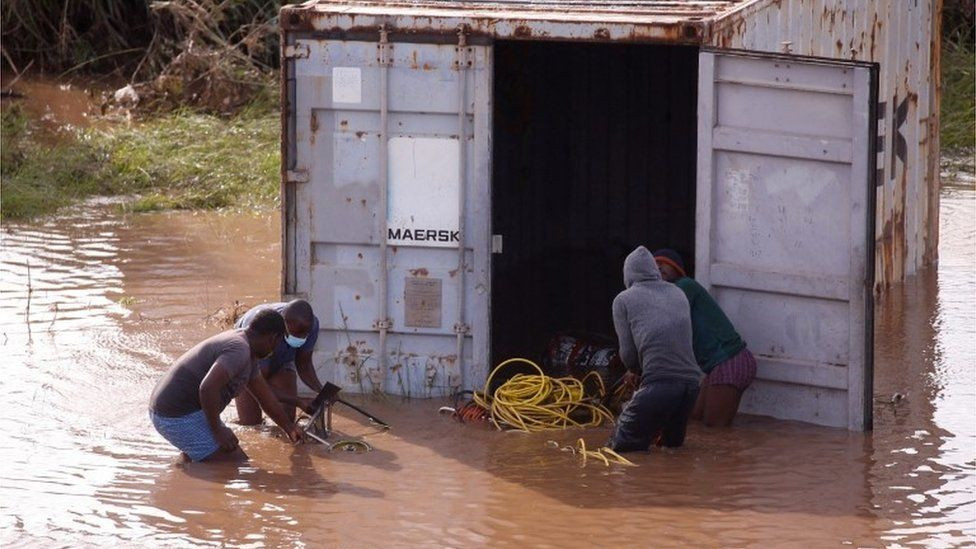 Local authorities say the rain that fell in one day (from Tuesday to Wednesday) was months worth of rain.

Officials have called it “one of the worst weather storms in the history of our country” as mudslides trapped people under buildings, while rescue efforts are being hampered by poor visibility .

During rescue efforts, witnesses say  a 10-year-old girl was part of a family of four that was swept away on a flooded bridge.

Community volunteers waded into the muddy river, taking turns to hack away at the branches using machetes and removing debris and rubbish that had washed downstream, but if was too late as she died.

“Even though your hearts are in pain, we’re here for you,” the Reuters news agency quoted him.

He also described the disaster as a force of…