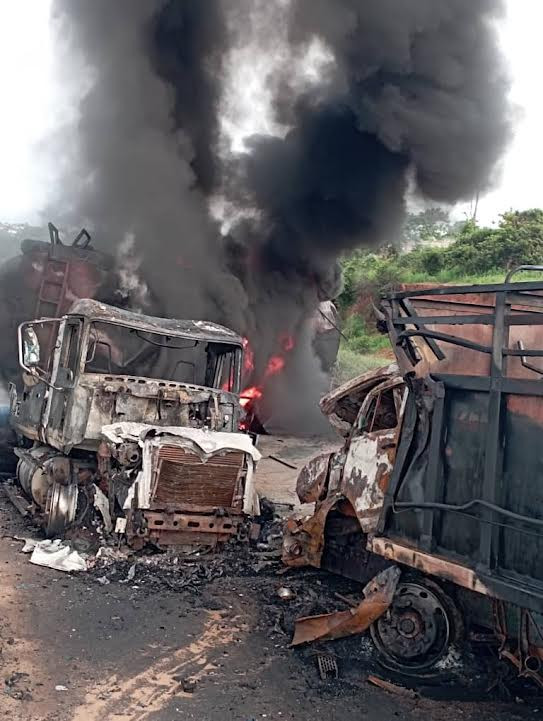 Thirteen persons escaped death by the whiskers after a tanker loaded with petrol exploded in Delta State.

The explosion occurred when a Toyota Sienna and a Hilux collided near the petrol laden tanker which reportedly broke down close to the Immigration junction along Ibusa Road, Asaba on Sunday night, May 15.

It was gathered that the said broken down tanker which was heading towards Asaba, was under repairs without caution signs before the collision.

According to eyewitnesses, the collision between the Sienna and the Hilux was due to excessive speed.

“Fire fighters from the state fire service battled tirelessly to put off the fire but somehow, the fire increased in intensity on Monday morning, causing a heavy gridlock on the road,” an eyewitness said.

Sector Commander of the Federal Road Safety Corps (FRSC) in the state, Mr Udeme Eshiet, who confirmed the accident in Asaba, said the three vehicles were consumed in the explosion while 13 persons in the…