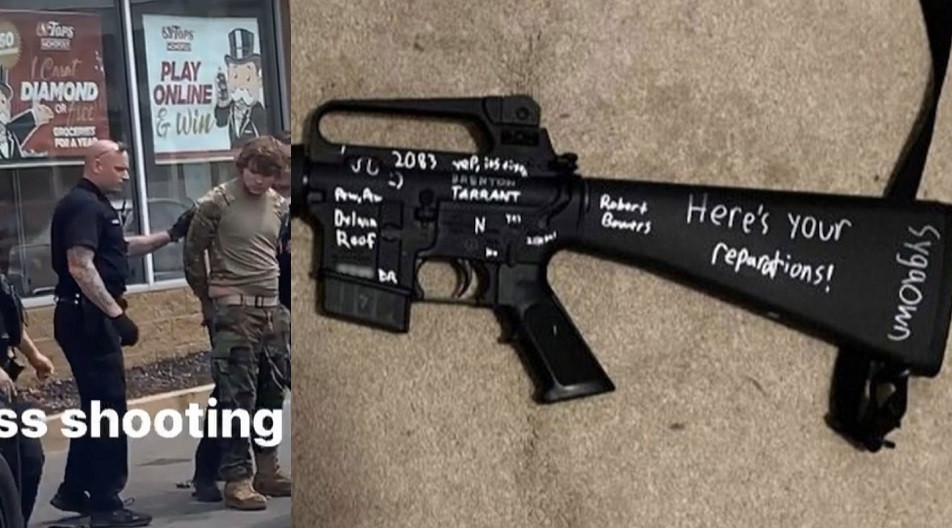 Payton Gendron, the young man responsible for killing 10 people at a Buffalo grocery store had hateful messages on the gun he used in the attack.

On Saturday afternoon, May 14, Payton drove more than three hours from his hometown of Conklin in New York State, to the Tops Friendly Market in a Black neighborhood in Buffalo, near Niagara Falls. Dressed in combat gear, a helmet, and wearing a camera, he carried a semi-automatic weapon, engraved with the number “14”, used in supremacist circles as shorthand for the fourteen-word maxim “We must secure the existence of our people and a future for white children.”

According to Buffalo News, the 18-year-old parked his parents’ car, and at around 2:30 p.m. on the warm spring day, he began shooting near the parking lot, killing three before entering the store and live-streaming the mass shooting on Twitch. The supermarket’s security guard, Aaron Salter, a 55-year-old retired police officer, returned fire multiple times, but…