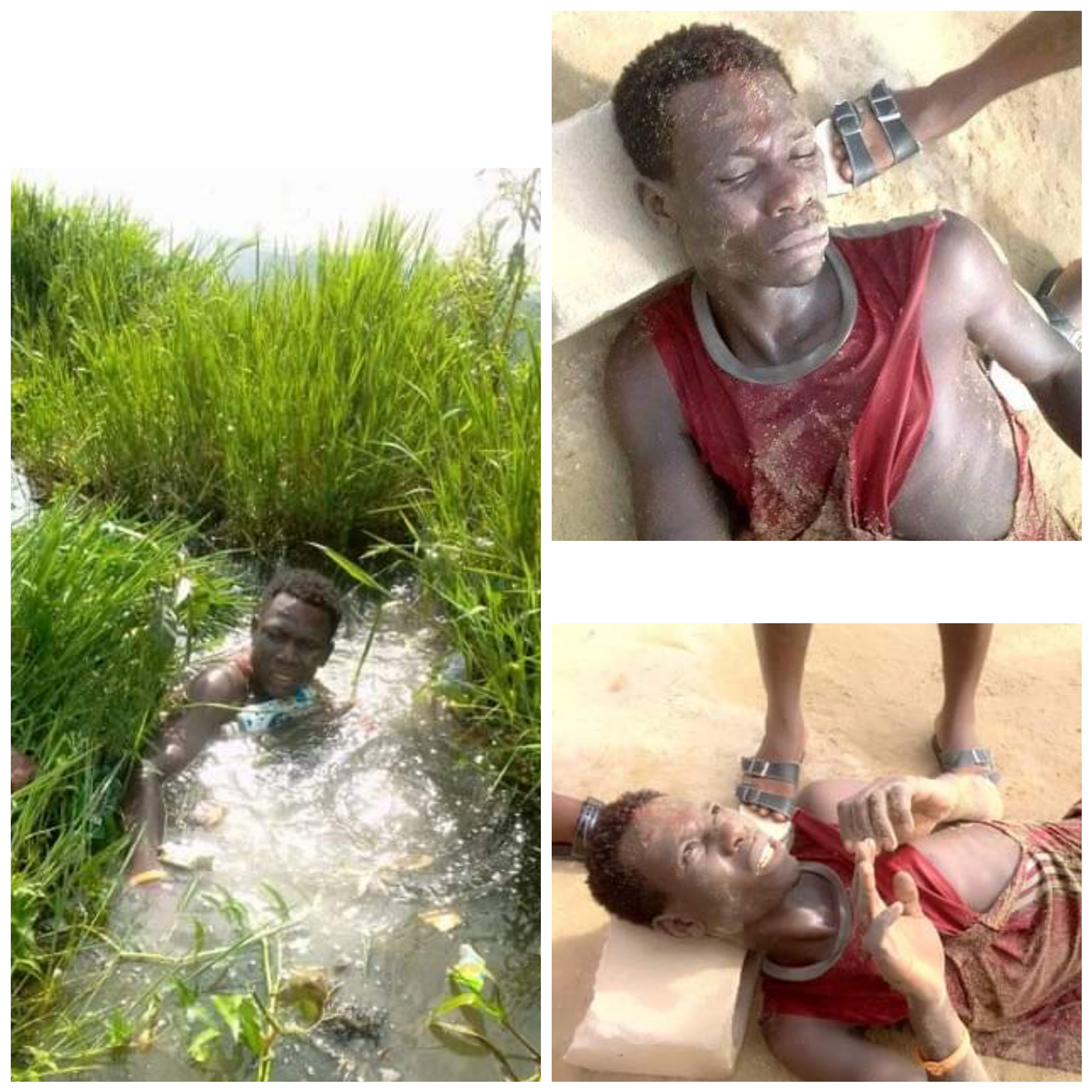 A metal scavenger was mercilessly beaten by residents after he was allegedly caught with three generators suspected to be stolen in Bayelsa.

According to a Facebook user who shared photos online, the incident happened on Wednesday, June 1, in Yenagoa, the state capital.

“This happened at Boropit at NIIT road, Etegwe Yenagoa yesterday. An iron condemn Aboki was beaten almost to death when he was caught with 3 stolen generators” the witness said.