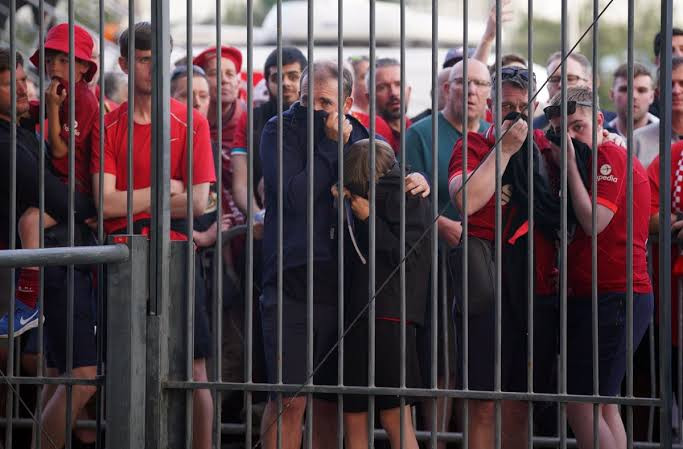 European football governing body, UEFA has apologised to Liverpool and Real Madrid fans after they were caught up in events that happened during the Champions League final

According to Liverpool fans, they experienced heavy-handed policing, organisational chaos and overcrowding at last Saturday’s showpiece game in Paris.

French authorities and UEFA had blamed late arrivals and fake tickets for chaotic scenes outside the Stade de France, which caused the match to be delayed by more than half an hour.

While Police used tear gas and pepper spray on some fans it also emerged that supporters were targeted by local gangs.

“No football fan should be put in that situation, and it must not happen again,” said a Uefa statement on Friday, June 3

“Uefa wishes to sincerely apologise to all spectators who had to experience or witness frightening and distressing events in the build-up to the Uefa Champions League final at the Stade de France on 28 May 2022 in Paris, on a night which…