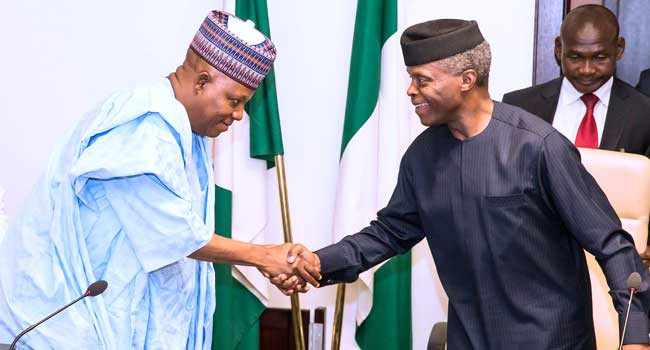 In an interview on Channels Television, Shettima insisted that Tinubu is the only option that the All Progressive Congress has in the 2023 presidential election.

When it was pointed out that there are other candidates like Yemi Osinbajo, Shettima stated that though the Vice President who he claimed to be his friend is a nice man, “nice people do not make good leaders because they tend to be nasty”.

He added that nice men should be “selling popcorn and ice cream”.