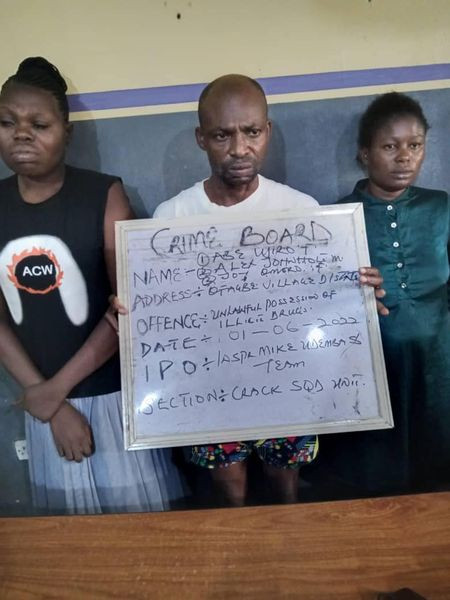 Operatives of the Delta State Police Command have arrested three suspects over alleged possession and dealing of illicit drugs.

The suspects; Alex Johnholt, Abe Ujiro and Omoro Joy, were arrested during a raid of a criminal hideout in Ofagbe community, Isoko North Local Government Area of the state.

Spokesperson of the command, DSP Bright Edafe, in a statement on Friday, June 3, said police operatives recovered 105 wraps of SK weeds and 6 wraps of loud from the suspects.