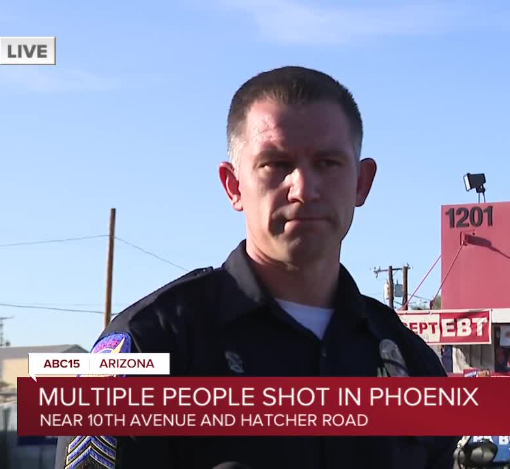 According to the Phoenix Police Department, three of the injured have life-threatening injuries. One of those victims has been pronounced dead.

Officers said it happened after 1 a.m.

One person died after being taken to the hospital, while two women suffered life-threatening injuries. Williams said an older teenage boy was also among those shot, but he is expected to be OK.

During a news conference, Williams stated that a group of about 100 people were at the strip mall during the shooting. The victims’ ages weren’t clear, but Williams said he believed they were between 17 and 24.

Video from the scene showed several officers and detectives with crime-scene tape restricting access to the scene. Police expect that area…