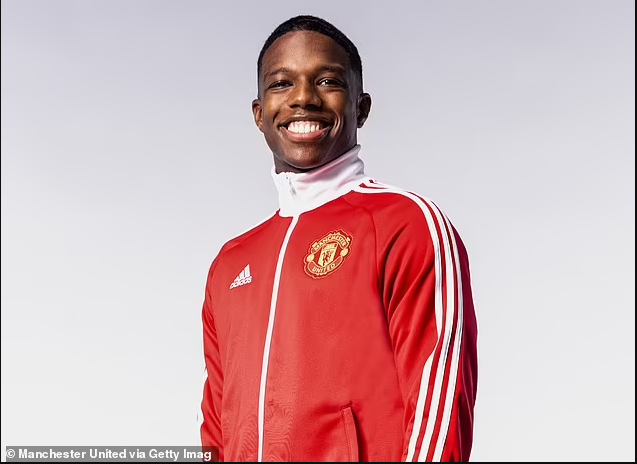 The 22-year-old Holland left back has spent the last two days undergoing a medical at the club’s Carrington training base, and United confirmed that he has signed a four-year deal worth £12.9million plus another £1.7m in add-ons.

A statement read: ‘Manchester United is please to confirm that Tyrell Malacia has joined the club, signing a contract until June 2026 with the option to extend for a further year.’

Malacia is United’s first recruit under Ten Hag and he will join in time to go on a pre-season tour of Thailand and Australia on Friday.

Malacia, who has made 136 appearances for Feyenoord and five for Holland, said: ‘It’s an incredible feeling to have joined Manchester United. This is a new chapter for me, a new league with new team-mates and a tremendous manager leading us.

‘I know from playing against his teams in the…