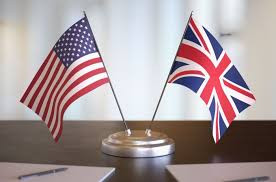 The United States Embassy and its United Kingdom counterpart have warned their citizens in Nigeria against traveling on the airport road in Abuja as well as traveling to 19 states in the country.

The foreign citizens were advised to only embark on essential travel to Bauchi, Kano, Jigawa , Niger, Sokoto, Kogi, within 20km of the border with Niger in Kebbi State, Abia and non-riverine areas of Delta, Bayelsa, Rivers, Plateau, and Taraba.

In a statement on Wednesday, titled, ‘Abuja FCT prison break near the airport on July 5, 2022’, the US Embassy noted that crime has become endemic throughout Nigeria.

“On the night of July 5, 2022, an attack on Kuje Prison freed a large portion of the estimated 1,000 prisoners. The prison lies approximately 27…