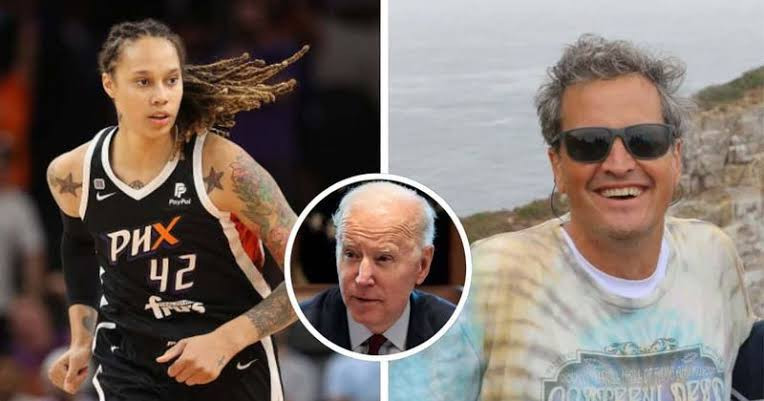 An American private school teacher jailed for 14 years in Russia after being caught with medical marijuana says he feels ‘hurt’ after president Joe Biden’s attempts to free basketballer Brittney Griner and Paul Whelan – but not him.

Marc Fogel had 17 grams of prescription marijuana hidden in a contact lens case to treat pain following a knee replacement and other injuries.

But marijuana is totally forbidden in Russia and attracts lengthy fines.

Marc Fogel, 61, wrote a furious letter  to his hometown of Pittsburgh from his penal colony in Russia stating:

‘Teachers are at least as important as bballers.’

Fogel spoke as his wife Jane and his two nieces attempted to turn up the pressure on Biden to push for his release from Russian custody after he was arrested in August 2021 and convicted in January 2022.

The White House on Wednesday confirmed it was working on a possible prisoner swap to free Griner and American Paul Whelan, who was accused of being a spy in Russia…