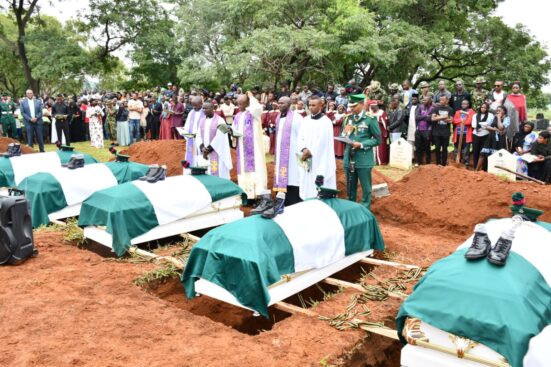 Troops of Guards Brigade Nigerian Army who were killed by terrorists in the Bwari area of the Federal Capital Territory, on July 24, were buried today Thursday, August 11.

The leader of the soldiers, Captain Attah Samuel, and four other soldiers, who paid the supreme price during a clearance operation, were buried at the Guards Brigade Cemetery, Maitama, Abuja.

See more photos from their funeral below