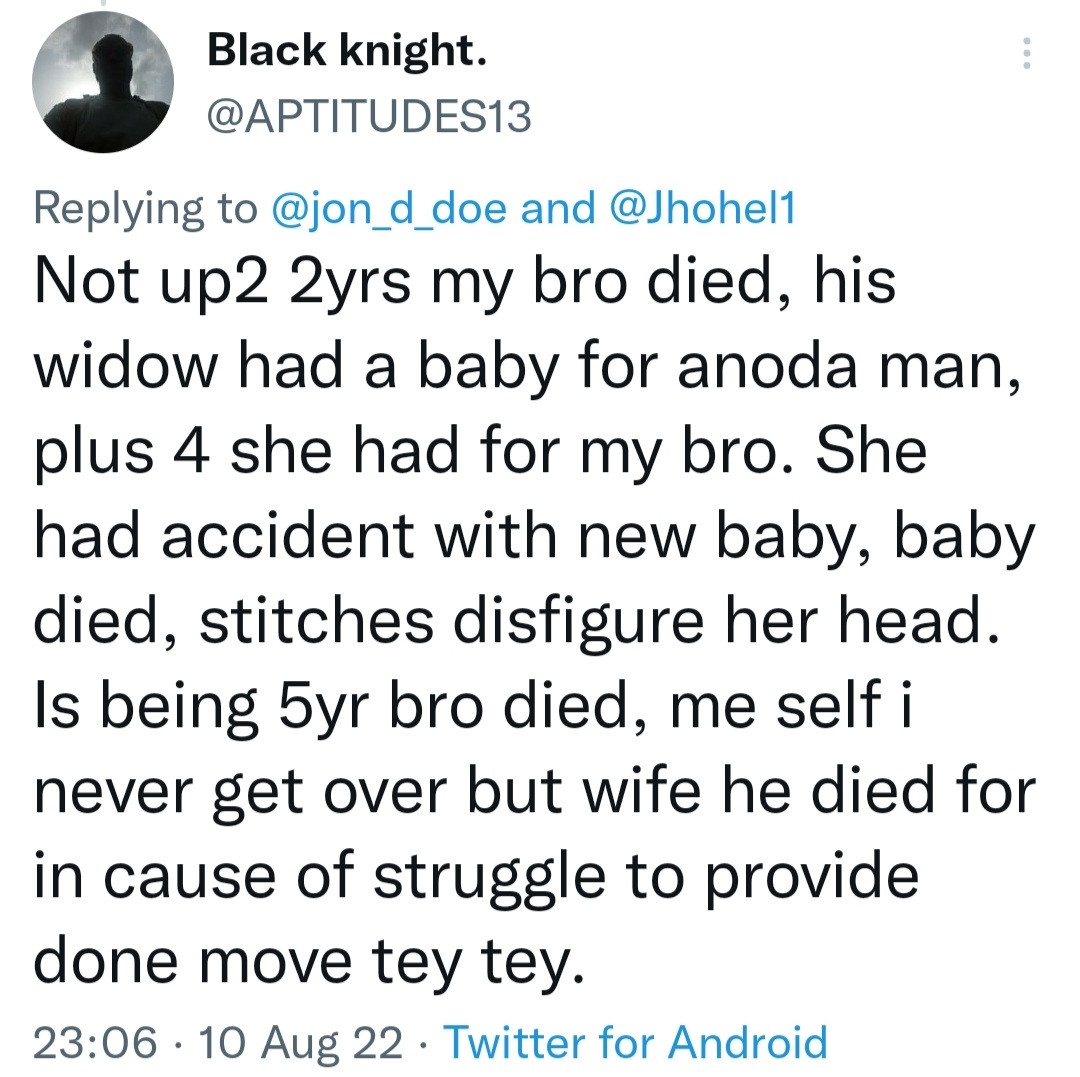 A man has expressed his displeasure after his late brother’s widow moved on with another man and had a child two years after his brother’s death.

The man explained that he has not been able to get over his brother’s death 5 years after but his brother’s widow moved on after just 2 years.

He said the woman had a child with the man she moved on with. He added that the woman recently suffered an accident with the child and the baby died.

He went on to state that his brother died while struggling to provide for his wife yet she moved on after his death.