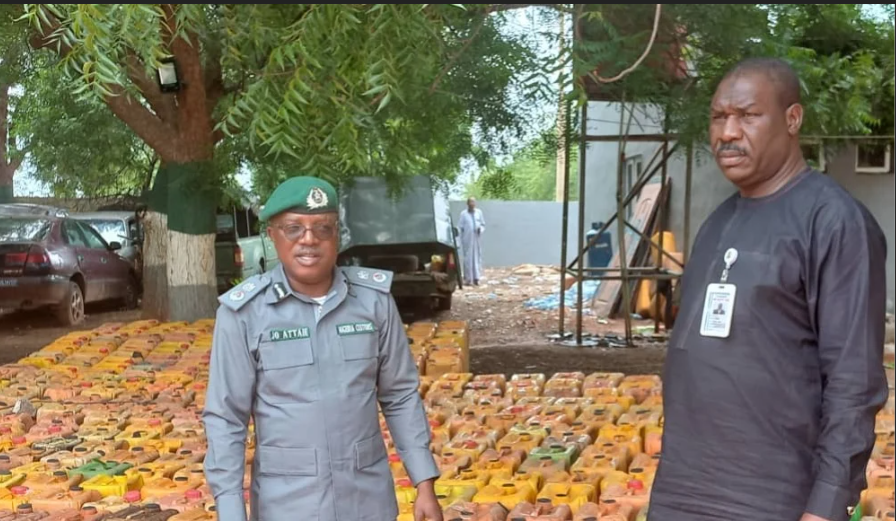 About 478 jerrycans loaded with Premium Motor Spirit popularly known as petrol have been intercepted by officials of Nigerian Customs Service, Kebbi State Command, from smugglers.

This was disclosed in a statement released by Public Relations Officer of the Command, Nasiru Manga, on Monday August 15.

“Anti-smuggling officials of the Nigeria Customs Service, Kebbi Area Command, have continued to give petroleum smugglers a tough time as the Command’s anti-bunkering team seized 478 jerrycans of 25 litres each (11,950 litres) of PMS intended to be smuggled out of the country through Yauri waterway on Thursday, August 11, 2022.

“Based on a tip-off, the intelligence operatives had monitored the movement of loaded jerrycans of PMS to a spot near the waterway for some days before the deployment of the anti-bunkering squad, who struck and intercepted the 11,950 litres of PMS and evacuated the product to the command’s headquarters in Birnin…