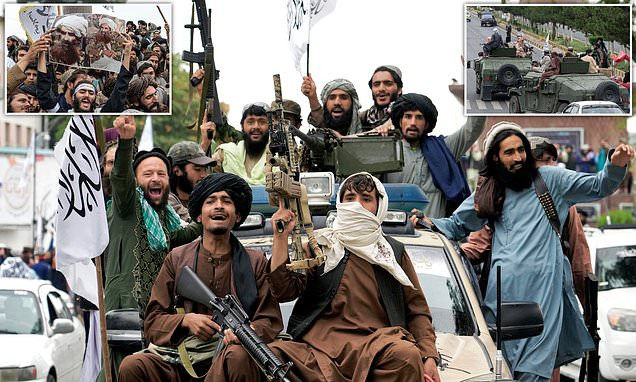 Taliban fighters chanted victory slogans next to the US embassy in Kabul on Monday, August 15 as they marked the first anniversary of their return to power in Afghanistan following a turbulent year that saw the US and NATO forces evacuate the war torn Islamic country .

Exactly a year ago, the hardline Islamists captured Kabul after a nationwide lightning offensive against government forces just as US-led troops were ending two decades of intervention in a 20 year conflict war that cost tens of thousands of lives.

‘It’s the day of victory and happiness for the Afghan Muslims and people. It is the day of conquest and victory of the white flag,’ government spokesman Bilal Karimi said on Twitter.