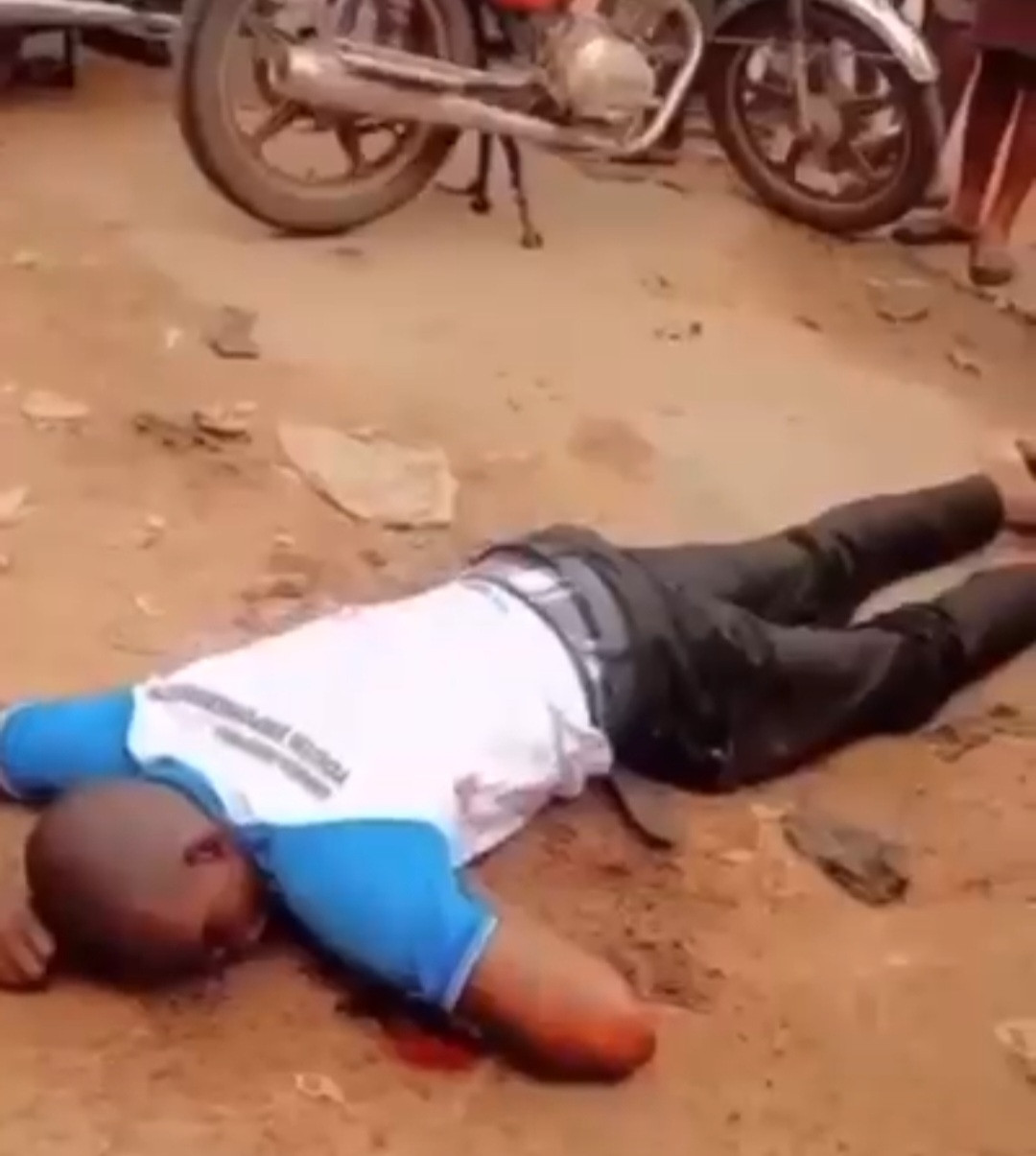 A commercial bike rider was shot dead by armed men at Ogbaku Junction in Imo state.

According to eyewitnesses, armed men clad in Nigerian police camouflage uniform arrived in the area in a Sienna car without a registration number and opened the doors of the car while flashing their guns.

They then called on the commercial bike rider and demanded that he entered their car.

The okada man refused and asked why they were trying to force him into their car.

The armed men allegedly responded by shooting him multiple times. They then zoomed off immediately, leaving him lying in his blood.

Watch a video from the scene below.