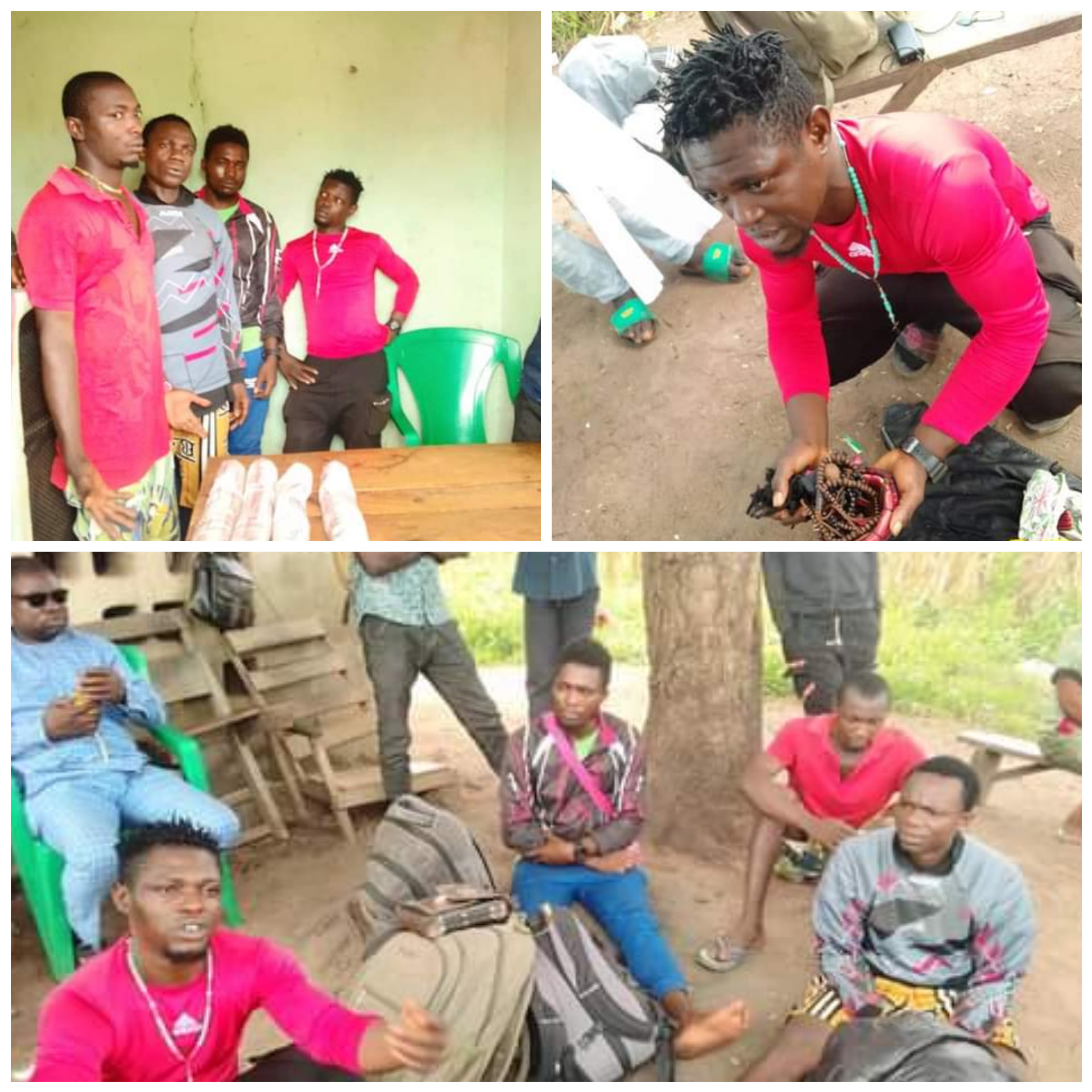 Men of the Benue State Community Volunteer Guards have apprehended five Amazonian fighters believed to have a link with Boko Haram terror group.

Special Adviser to the Governor on Security, Lt. Col. Paul Hemba (Rtd) who disclosed this to newsmen on Wednesday, August 24, 2022, said the suspects, aged between 25 and 42 years old, were arrested in Jato Aka, Kwande Local Government Area of the state.

Colonel Hemba said the five fighters who are also believed to be fighting the Republic of Cameroon for many years were picked up at Jato Aka Round About, near Dzoho Aondofa drinking joint.

He disclosed that items suspected to be chemical weapons, military uniforms, charms and undisclosed number of ammunition were recovered from the suspects at their hideout at Agogo Hotel, Jato Aka where they had stayed for about six months.

The Security Adviser said one…