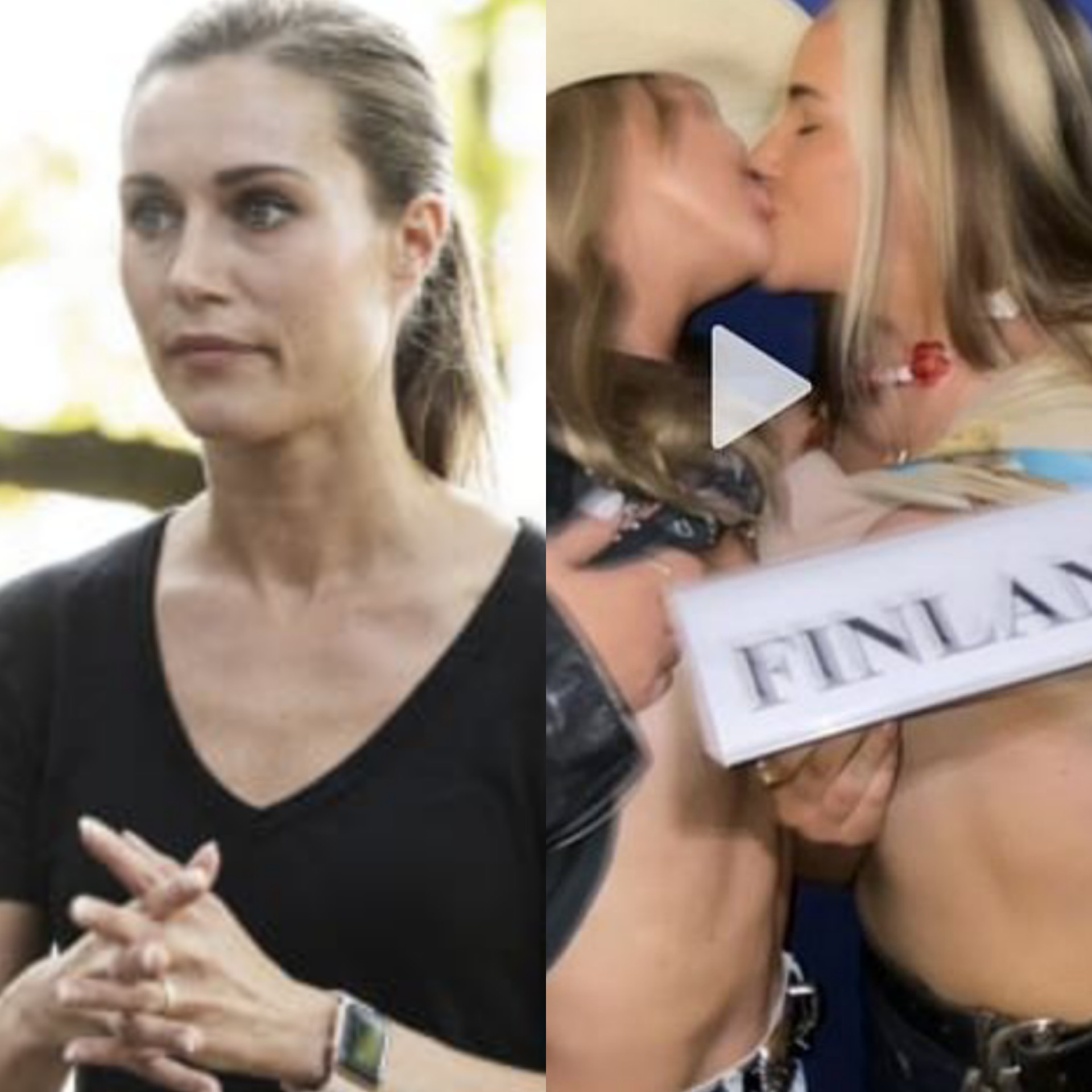 Finland’s party-loving prime minister issued an apology today after two of her female friends were pictured posing topless and kissing each other in her official government residence.

The cheeky image was taken beside Sanna Marin’s desk against an official blue backdrop board in a workspace where she is often filmed making official Government announcements.

Reports on Tuesday, August 23 say one of the two attractive women in the picture is Ms Marin’s  friend Sabina Särkkä, 33, who is now a social media influencer.

One of the topless women used an official sign, spelling out ‘Finland’ to hide her modesty by covering her bare breasts in the photograph.

The sign normally sits on Ms Marin’s desk when she takes part in international video conferences, often talking to other European Union and world leaders.

Ms Marin, 36, was forced to admit today that the photograph which was screenshotted from a video should ‘never have been taken’ after it began…