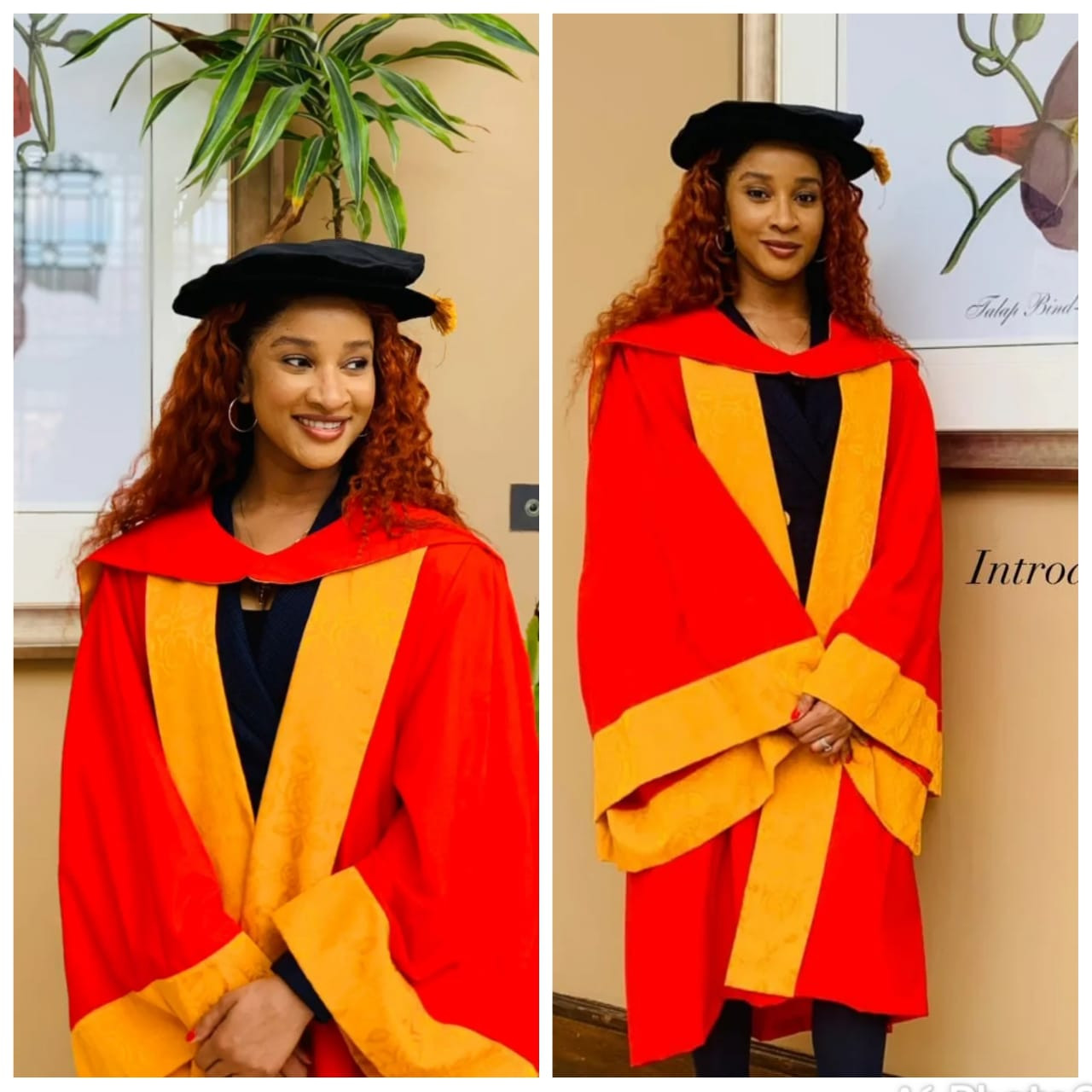 Nollywood actress and singer, Adesua Etomi-Wellington has been awarded an honorary degree from her alma mater, the University of Wolverhampton for her contribution to the creative industries.

The actress who graduated with a degree in Drama & Performance in 2009, was awarded a Doctor of Arts in recognition of her phenomenal contribution to arts and culture on Monday, September 5.

The ceremony was attended by her husband, singer, Banky W and their son, her mum, her friend and colleague Jemima Osunde, and others.