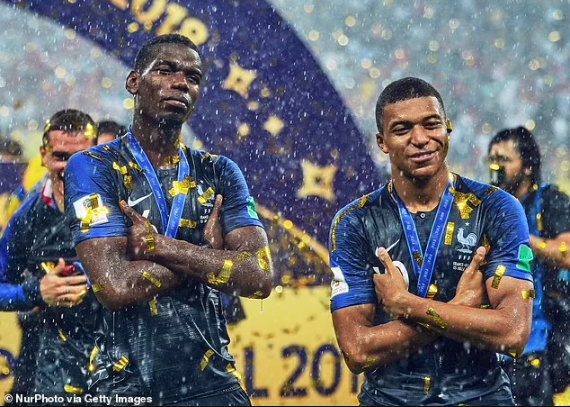 Kylian Mbappe has laughed off claims that Paul Pogba asked a witch doctor to cast a spell on him, insisting he ‘prefers to believe the word’ of his France team-mate.

Recall, that Pogba’s brother Mathias has published multiple videos to social media promising ‘great revelations’ about the Juventus star. In one of the videos, he alleged that his brother sought to put a curse upon Mbappe, something Paul Pogba has strenuously denied.

The French striker has now addressed the allegations at a press conference ahead of Juventus vs Paris Saint-Germain clash in Champions League this week.

‘Today I prefer to believe the word of my team-mate,’ Mbappe said.

‘It is his word against the word of his brother, I am going to believe my team-mate.

‘It’s not a time to put more onto him. I’m pretty detached from it all.’

Pogba has publicly denied the allegations of witchcraft against Mbappe, who earlier spoke to his team-mate for clarity on how he has been dragged…