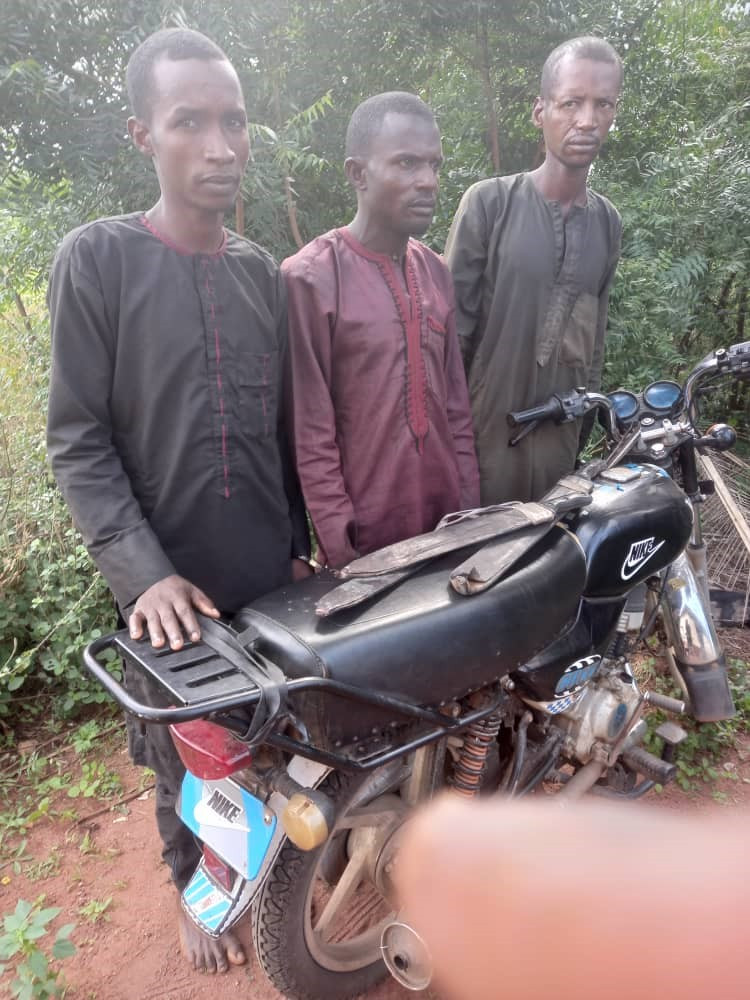 Operatives of the Ogun State Police Command have arrested three suspected kidnappers and rescued three victims at a forest on the Imeko- Iwoye Ketu Road in Imeko-Afon Local Government Area of the state.

The suspected kidnappers were said to be eight members of a gang terrorising the Imeko and Iwoye areas of the state.

Spokesperson of the command, SP Abimbola, who disclosed this in a statement on Tuesday, September 6, 2022, said officials at Imeko Divisional Headquarters, made the arrest after receiving a distress call.

“Upon the receipt of the distress call, the Divisional Police Officer, Imeko division, mobilized his men in conjunction with men of Amotekun corps, So…