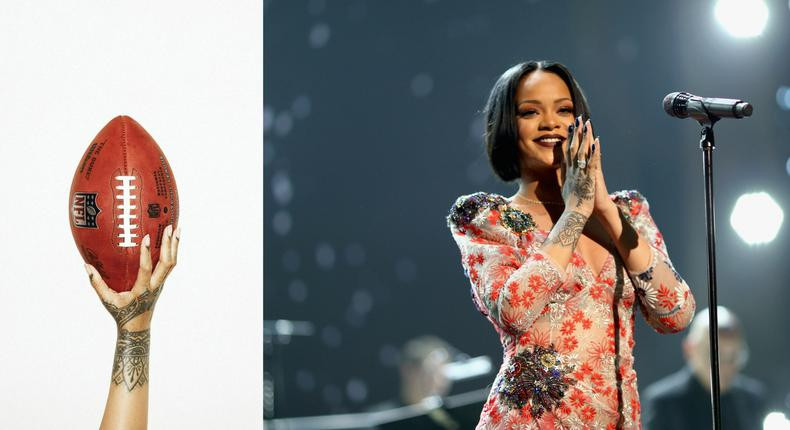 Rihanna has confirmed she will be headlining the 2023 Super Bowl half-time show.

The Barbadian singer, 34, announced the news Sunday September 25, by sharing a photo of her tattooed arm holding a football.

The post marks Rihanna’s first social media activity since giving birth to her first child in May.

A statement released by Roc Nation founder Shawn Jay-Z Carter, read: ‘Rihanna is a generational talent, a woman of humble beginnings who has surpassed expectations at every turn. A person born on the small island of Barbados who became one of the most prominent artists ever. Self-made in business and entertainment.’

A statement from Apple Music read, ‘We are thrilled to welcome Rihanna to the Apple Music Super Bowl Halftime Show stage,’ shared Seth Dudowsky who is the NFL Head of Music. ‘Rihanna is a once in a generation artist who has been a cultural force throughout…