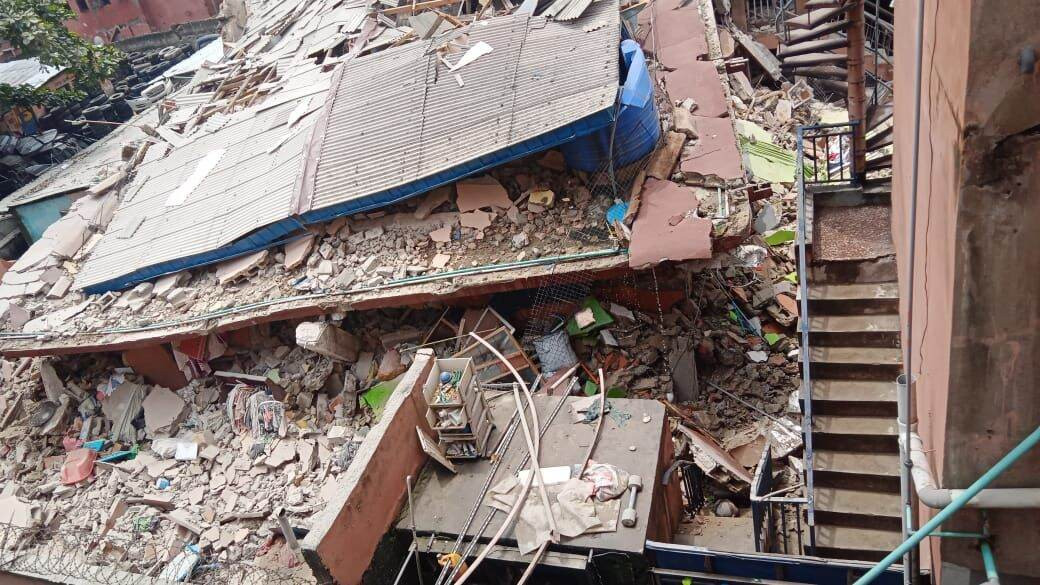 Some emergency officials have shared more information on some of the victims of the building which collapsed in Lagos on Friday September 23.

It was reported earlier that the house located at 2/4 Oye Sonuga Street, Palm Avenue, Mushin, caved in on Friday, killing four persons.

Speaking to Daily Trust, some emergency officials revealed that two of the victims, a male and female, were having sex when the incident occurred.

“In fact they were naked when their bodies were recovered.”

Another official who spoke on the condition of anonymity because he was not authorised to talk to the press, said;

“We were shocked by what we saw at the scene. The last two victims whose dead bodies were recovered were actually having having sexual intercourse. The man was on top of the prostitute when the building collapsed. They both died.”