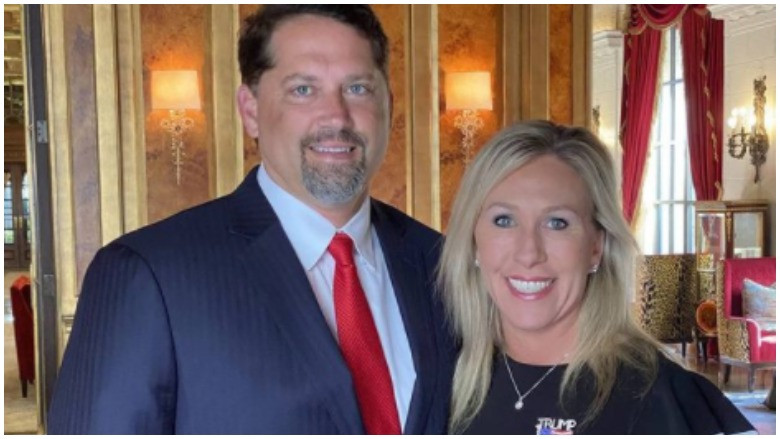 The Georgia House representative’s husband, Perry Greene, filed for divorce on Tuesday September 28, according to court documents obtained by TMZ. He said the marriage of 27 years was “irretrievably broken”.

The two got married in August 1995 while Greene was still a student at the University of Georgia. They have three adult children together.

According to court documents, Perry Greene said the couple had split up before in the past. He wants to divvy up their assets and debts equally, the filing says.

Perry Greene added that his wife has been his “best friend” for the last 29 years, calling her “an amazing mom.” He said;

“Our family is our most important thing we have done.

“As we go on different paths we will continue to focus on our 3 incredible kids and their future endeavors and our friendship.”

Marjorie on her own part told The…