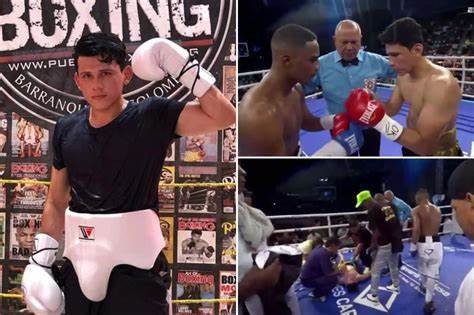 Quinones who was an undefeated boxer (10-0) until his matchup with Jose Munoz on September 24, at Coliseo Elias Chegwin, was knocked out with less than a minute left in the fight.

Videos shared online showed that Quinones fell down after getting punched and was unable to get back on his feet. He was then taken out of the ring on a stretcher by medical personnel.

He reportedly suffered a blood clot in his brain as a result of head trauma from the fight, and was in a coma after surgery. He was declared brain dead on Thursday, but remained on a respirator until his passing.

Quinones’ promoters said in a statement on Friday;

“Cuadrilatero Boxing deeply regrets the death of Luis Quinones, an exceptional human being, disciplined and who always showed the greatest commitment…