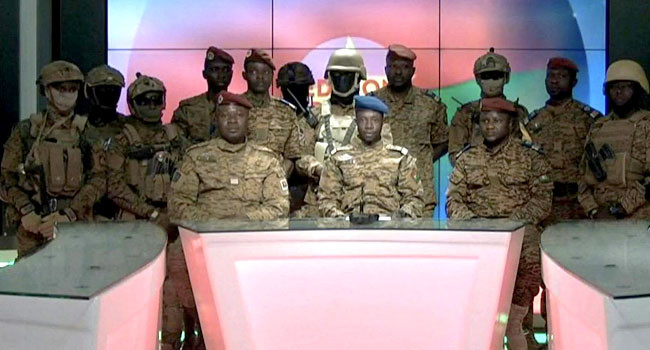 A Burkina Faso army captain on Friday September 30, announced the ouster of military leader Paul-Henri Damiba and the suspension of the country’s constitution and transitional charter in a statement read on national television.

Army Captain Ibrahim Traoré said a group of officers had decided to remove Damiba due to his inability to deal with a worsening Islamist insurgency.

He announced that Burkina Faso’s borders were closed indefinitely and that all political and civil society activities were suspended.

Around 15 soldiers in fatigues appeared on the Radio-Television broadcaster shortly before 8pm local time and read out the statement.

“We have decided to take our responsibilities, driven by a single ideal – the restoration of security and integrity of our territory,” they said.

Reporting from the capital Ouagadougou shortly after the takeover announcement, FRANCE 24’s Sophie Lamotte said a curfew has been imposed from 9pm to 5am local…