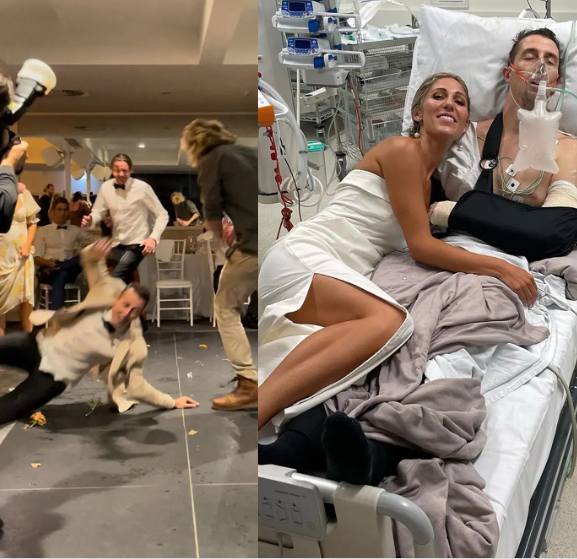 A groom ended up in hospital on his wedding night after his attempt to serenade his new bride horrifically ended with him dislocating his elbow.

Video shared online by wedding videographer Tom Healy shows Australian man Adam Quinn telling his new wife Helen he loves her “very much,” before deciding to show her through some wild dancing.

The clip then shows him running in a circle amongst his friends before he dramatically falls on his shoulder.

The video then cuts to him on a stretcher being taken to the hospital by paramedics.

Bride Helen posted a photo of her in hospital with her groom and wrote: “In sickness and in health #weddingday.”

Helen said that she and her new husband dealt with the “in sickness” part of their wedding vows only hours after exchanging them, as a result of some spilled beer.

“He came out to me and he was as white as a ghost,” she told Australian news site 7News.

“He told me that he thought he had broken his…