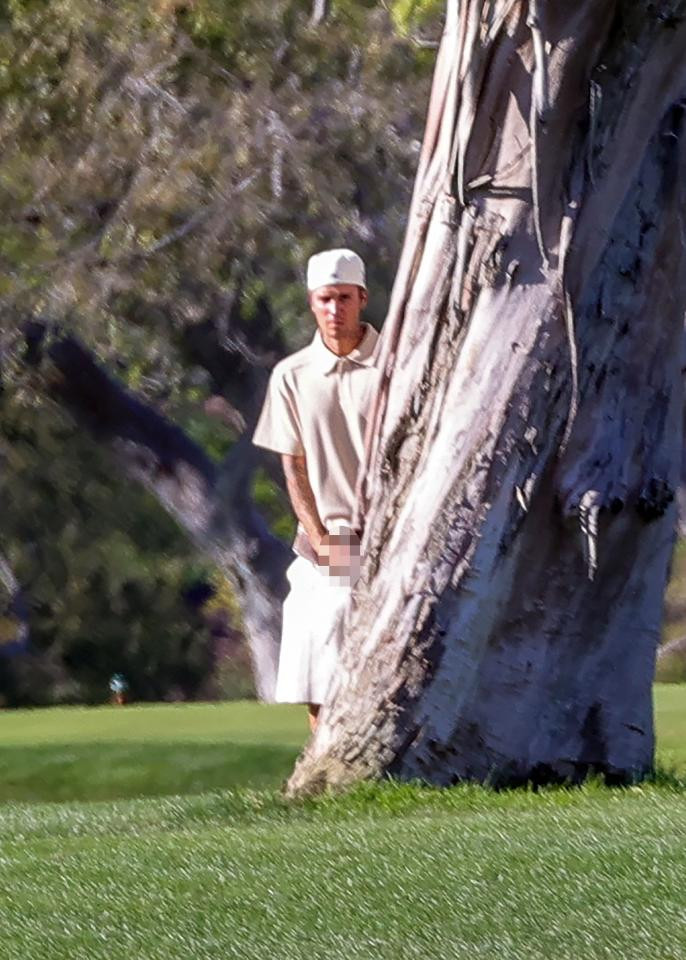 Singer, Justin Bieber was spotted with his pants down at a swanky Los Angeles golf club for a tournament over the weekend.

The Grammy award winning singer was at the Hillcrest Country Club for the Round Table Tournament on Sunday, October 3. Photos of Bieber on the course appeared to show him urinating behind a tree.

It’s not the first time Bieber has been caught with his pants down.

A video surfaced in 2013 of Bieber urinating into a mop bucket in New York City, according to TMZ. He then proceeded to spray a bottle of cleaner on a picture of former President Bill Clinton and yelled “f— Bill Clinton!” He was about 19 at the time.