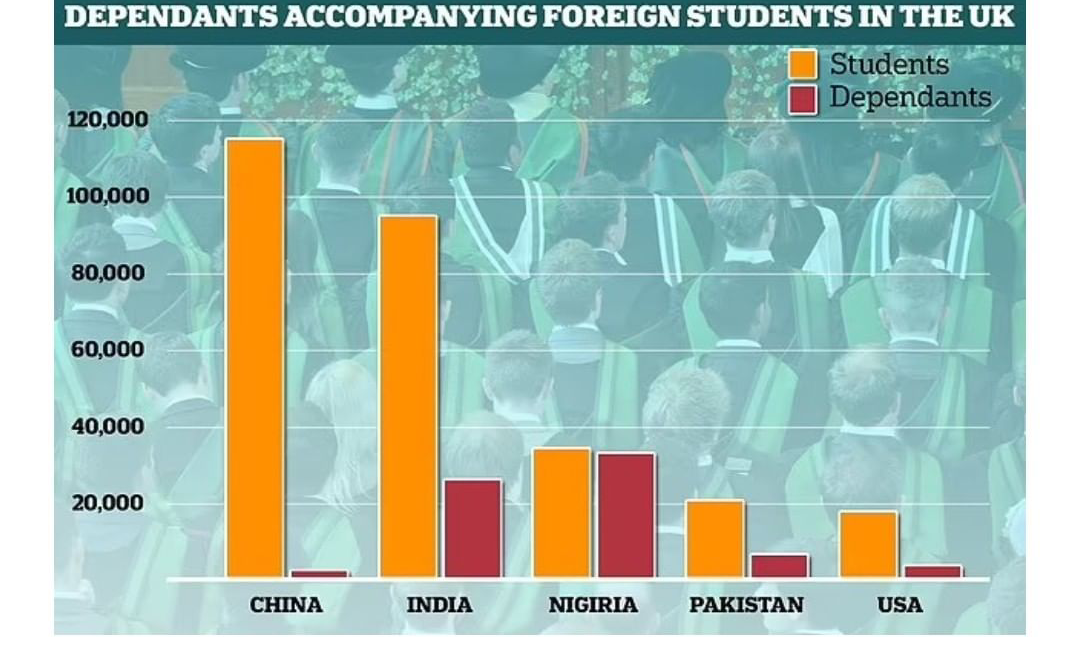 The British government is considering tightening the rules on how many relatives, immigrants can bring into the country.

In a recent research by the UK Homie office, it was discovered that Nigerians had the highest number of dependants in the country compared to other groups of migrants.

According to the Times UK, UK Home Secretary, Suella Braverman said the government was considering tightening the rules on dependants after Home Office immigration figures showed a “surprising inconsistency” across different nationalities coming to the UK to work and study.

About 34,000 Nigerians were given study visas in the UK, bringing with them a total of 31,898 dependants. A similar ratio was recorded for work visas, with 8,972 Nigerians issued with one…