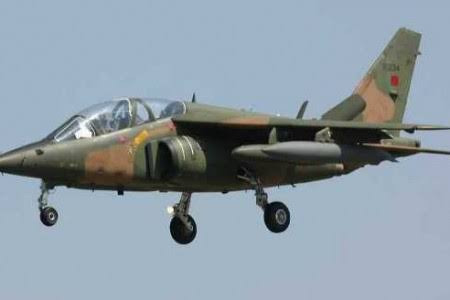 A notorious terrorist, Ali Dogo,  a.k.a Yellow and 30 of his fighters have reportedly been killed by Nigerian Air Force’ airstrikes in Kaduna State.

The raid was reportedly executed by the Air Component of Operation Whirl Punch on October 8, 2022 in Giwa Local Government Area of the state.

The terrorists were hiding at the residence of one Alhaji Gwarzo at Yadi in the Giwa council area before they were eliminated by the airstrikes.

“Unfortunately for Yellow and his fighters, while they were having a meeting, NAF aircraft struck Alhaji Gwarzo’s house, leaving everybody in the building dead including Yellow,” the newspaper quoted the military source as saying.