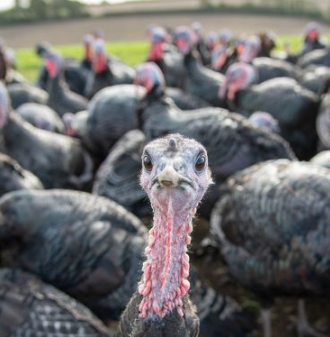 A man was viciously attacked by a gang of turkeys and a rooster, leaving him with two broken hips.

The attack occurred in the Canadian province of British Columbia in July, when the assistance of Chase RCMP (Royal Canadian Mounted Police) was required in order to check on the man’s well-being at a home in Celista.

As the police arrived at the address, the cops found an injured man who had been attacked by animals.

It was soon discovered that the man had been attacked by a gang of turkeys who were accompanied by a rooster and they left the victim in a sorry state.

The victim received medical attention for his injuries including two broken hips, a broken finger and multiple lacerations.

The turkeys and roosters that attacked him are said to have been scheduled to receive the “death penalty for their crimes”, according to Sergeant Barry Kennedy.