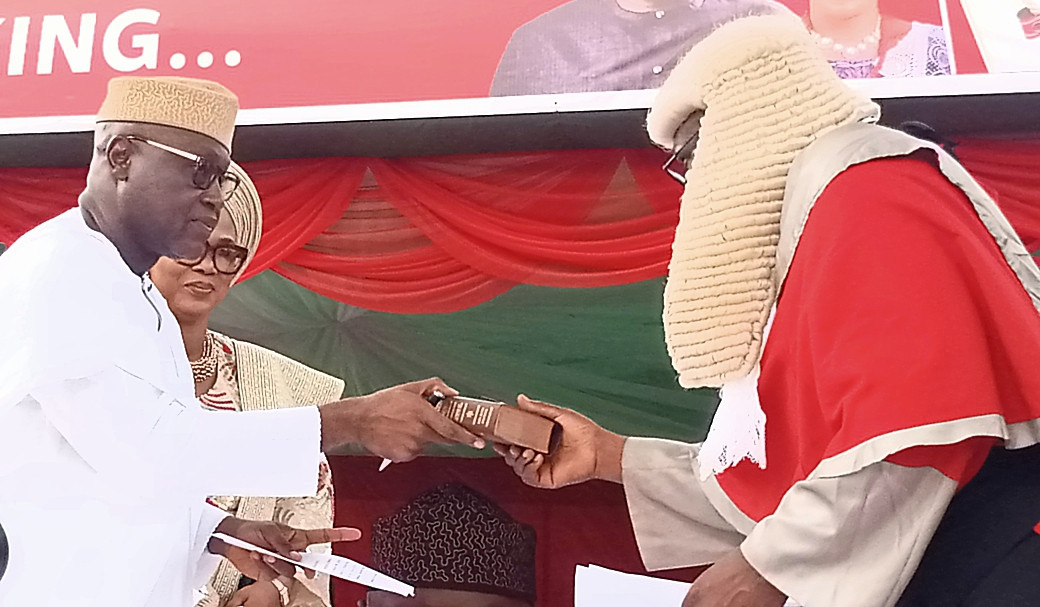 A former secretary to the state government (SSG), Biodun Oyebanji, has been sworn in as the governor of Ekiti state.

He took the oath of office at the Ekiti Parapo Pavilion on Sunday, October 16.

Oyebanji, who was the candidate of the All Progressives Congress (APC), was declared winner of the Ekiti governorship election on June 19 with 187,057 votes, defeating his two closest challengers, Segun Oni of the Social Democratic Party (SDP) who polled 82,211 votes, and Bisi Kolawole of the Peoples Democratic Party (PDP), who got 67,457 votes.

He takes over from Kayode Fayemi.