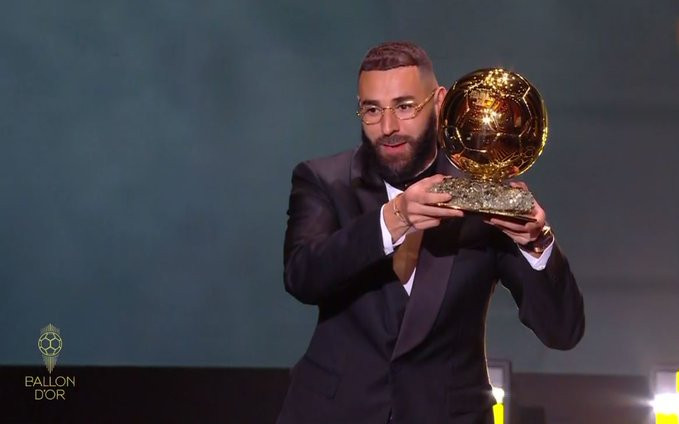 Real Madrid striker, Karim Benzema has won the Ballon d’Or for the first time in his football career.

The Frenchman becomes only the second player aside from Lionel Messi and Cristiano Ronaldo to win the award since 2008. Benzema’s Real Madrid team-mate Luka Modric won the prize in 2018.

Ballon d’Or is awarded for performance in the 2021-22 season, rather than the calendar year. Last season, Benzema was in top form as he helped his team win La Liga and the UEFA Champions League.

The Real Madrid striker scored 44 goals in 46 appearances in all competitions in a season.