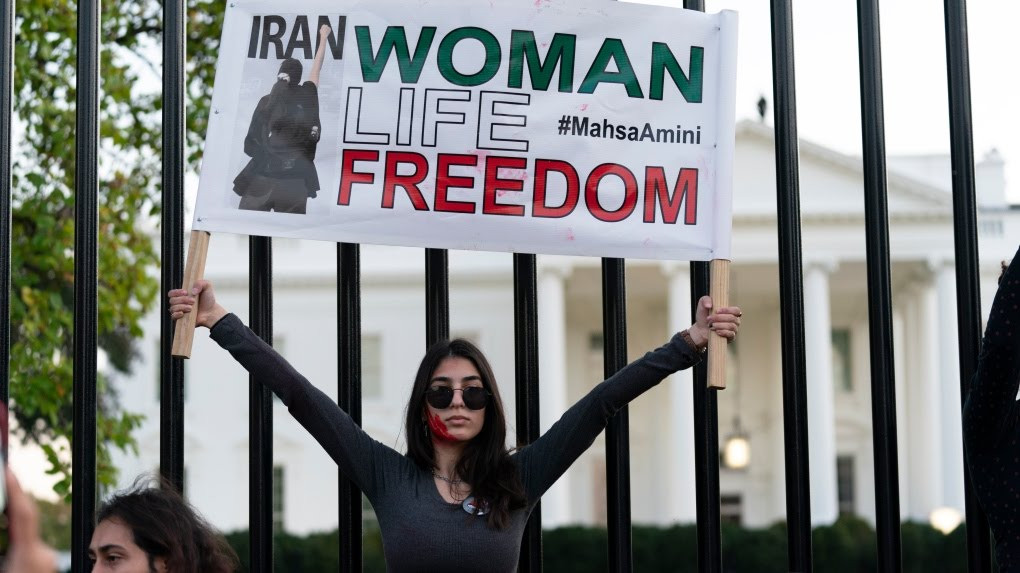 Iran has said it would take legal action against the United States, accusing it of “direct involvement” in the protests sweeping the country.

Anti-government protests have gripped Iran since the Sept.16 death of 22-year-old Mahsa Amini, who died after being pulled off the streets of Tehran by morality police and taken to a “re-education center” for wearing a hijab improperly.

Strikes and protests have become a common sight in cities and towns across the country and in the capital chants of “death to the dictator” — in reference to Supreme Leader Ayatollah Khamenei normally ring out.

The U.S. also announced sanctions on Iran’s morality police “for abuse and violence against Iranian women and the violation of the rights of peaceful Iranian protesters” and is working to making it easier for Iranians to access the internet.

On Sunday, October 23, Tehran promised to sue the US and also warned the United Kingdom and Saudi Arabia they would “not be ignored by the Islamic…