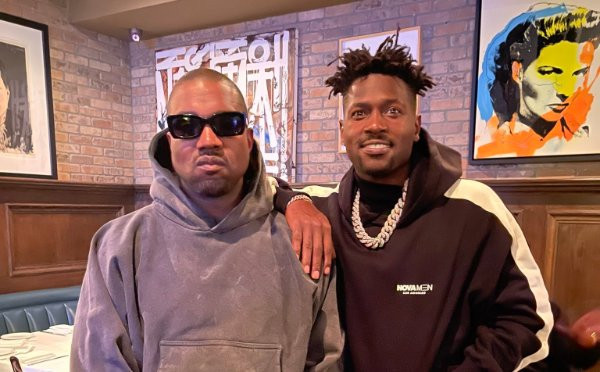 NFL star, Antonio Brown has defended Kanye West over his anti-Semitic comments while explaining his decision to remain as president of Donda Sports, citing his “dedication to freedom of speech, thought, and opinion.”

West has recently found himself at the center of public scrutiny for anti-semitic comments against the Jews over the past few weeks.

Despite heavy backlash from West’s business partners, Brown has elected to stick with his close friend.

The former NFL wide receiver who was named president of Kanye West’s Donda Sports organization, addressed the controversy surrounding Kanye following several anti-Semitic statements saying, “the world’s reactionary and selective outrage at comments in the media made by my brother, Ye, have inflamed and sparked rampant conversation and…