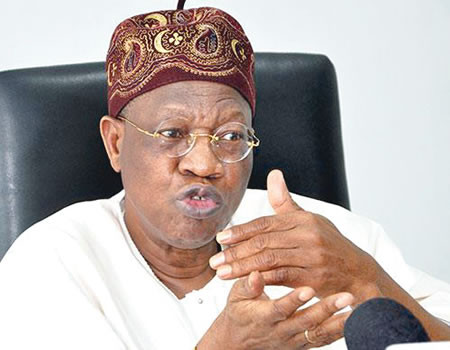 Minister of Information and Culture, Lai Mohammed has said that the Federal Government won’t be stampeded by the terror advisories released by the governments of the United States and the United Kingdom.

The Minister made this known while speaking with state house correspondents after the Federal Executive Council meeting presided over by Vice President Yemi Osinbajo.

Reacting to reports of the US government authorizing the evacuation of non-critical staff from Nigeria over the risk of terror attacks, Mohammed wondered if Nigerians feel safe in the US with all the senseless killings and school shootings that occur in the country.

”We think they are right for saying their people should go home if they want to but we as a country have a responsibility to keep our country safe, and we are not going to be stampeded at all by whatever any government decides to tell its people.

The concrete step is that people should stop spreading unverified news.