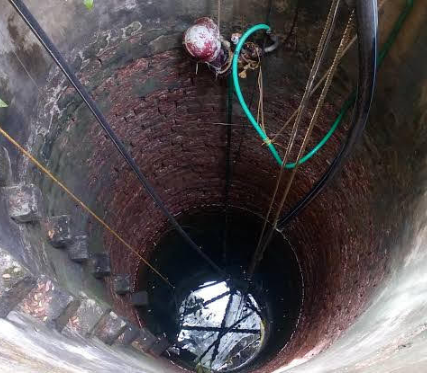 A woman has been arraigned before a Chief Magistrate Court sitting in Akure, Ondo State capital, for allegedly killing her tenant.

Cecilia Idowu, 55, was said to have killed 26-year-old Stephen Haruna, at her residence on Oke-Igbala Street in the Okeagbe-Akoko, Akoko North West Local Government, Ondo State.

The accused was brought before the court on two counts of conspiracy and murder after the body was discovered in a small well within the compound of the house.

She entered a not-guilty plea.

Simon Wada, the police prosecutor, claimed that Cecilia conspired to commit the crime with people still at large.

He also told the court that Cecilia gave Stephen palm oil to drink in the middle of the night, which led to Stephen’s death.

The prosecutor further said after the act, the accused woman asked other people, now at large, to help her toss Stephen’s body into the well.

Wada told the court: “My Lord, the woman and the deceased were the only occupants of…