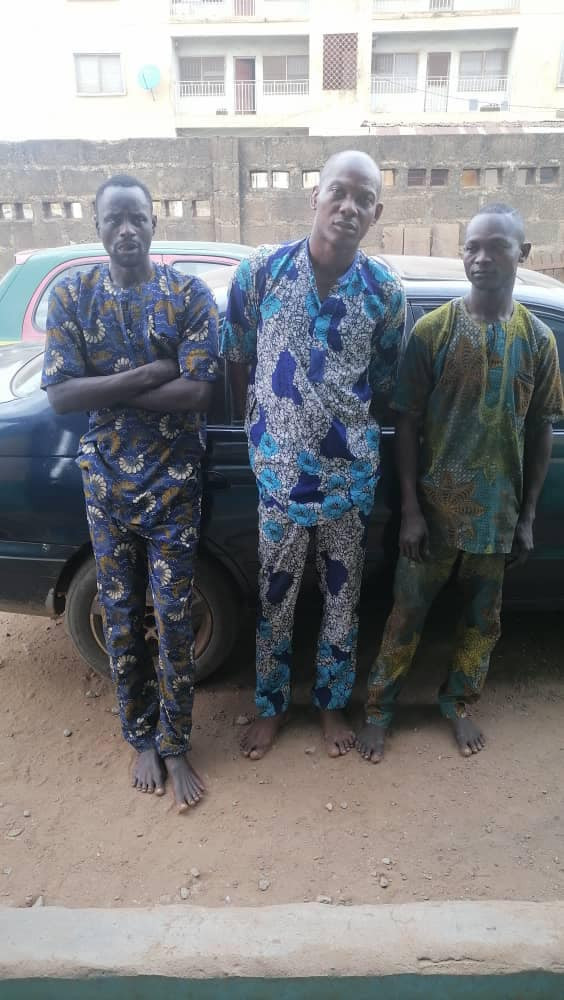 The suspects identified as Moses Adewale Abiodun, Seyi Oyenekan and Monsuru Majekodunmi were arrested on the 9th of November, 2022, following a complaint lodged at Oke itoku police divisional headquarters by one Olusesi Akingbile.

The complainant told the police that his car which he parked in his house at Ijemo area of the state, was stolen on the 12th of October, 2022.

The stolen car was sighted in a mechanic village along Ajebo road, by policemen attached to Kemta division while on routine patrol.

The car was quickly intercepted, and Moses Adewale Abiodun who was with the car was promptly apprehended.

Preliminary investigation revealed that the suspect had two other gang members. The other two suspects were traced and arrested, while another Blue Carina E car with registration number AAA 565 GJ suspected to have been stolen was recovered from them.

A statement released by the state…

WHO renames monkeypox as ‘mpox’

”She thought the kids were devils”