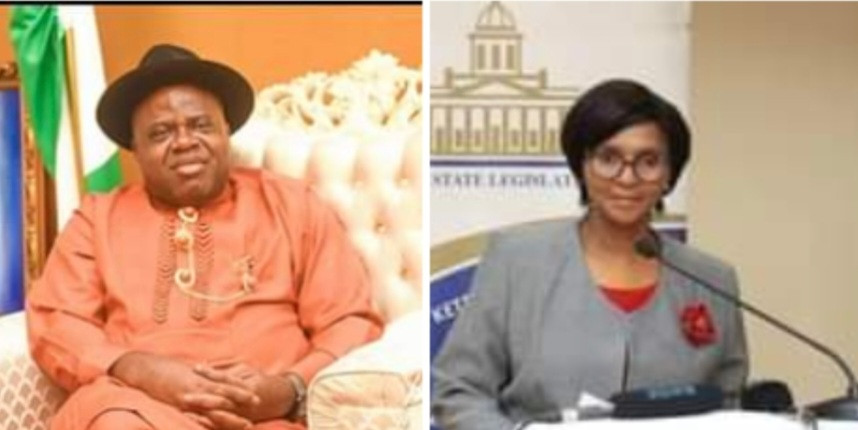 The Bayelsa State Government has debunked reports alleging that Governor Douye Diri was involved in a leaked sex video depicting a woman purported to be Speaker of the Free State Legislature, Honourable Ntombizanele Zanele Sifuba.

The video alleged to have been released by an unnamed Nigerian national, shows the woman, lying on a bed and indulging in sexual activity.

A Facebook account bearing the name of the politician had on Friday, posted a photo of Governor Diri, claiming that he was the one that leaked the video.

The post sighted by LIB has since garnered over 1300 Likes, 2000 comments and shared over 1.2 times.

But in a statement signed by the Director of New Media to the governor, Kola Oredipe, on Saturday, the government described the video content and the reports as “fake news,” adding that Diri neither knew the lawmaker nor had any contact or relationship…