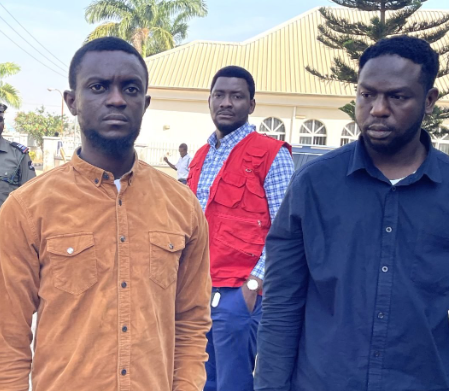 The men were arraigned before Justice Abubakar Baba Shani of the Federal Capital Territory (FCT) High Court in Apo, Abuja.

The defendants are accused of conspiracy and obtaining $2,822,860 by false pretense.

The EFCC said they defrauded Holly Ngo, a United States citizen, while posing as American doctors stranded in Afghanistan.

The five-count charges narrated how they perpetrated the alleged fraud between January 2021 and September 2021 in Abuja.