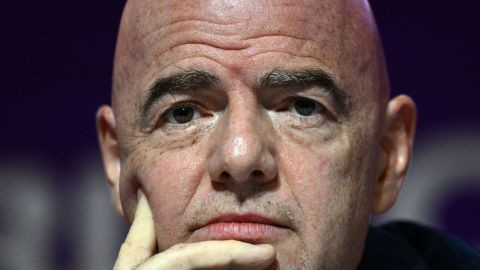 FIFA president, Gianni Infantino has launched an expletive tirade against Western critics of the world cup in Qatar, on the eve of the tournament, in which he accused the west of moral hypocrisy.

In what was supposed to be a 45-minute Q&A with the media in Doha before Sunday’s opening game, Infantino delivered a rambling monologue that lasted nearly an hour in which he steadfastly defended Qatar’s migrant workers policy and labelled those saying there were ‘paid fake fans’ in Qatar as racist.

This tournament will be a historic event, the first World Cup to be held in the Middle East, with controversy surrounding the build-up focusing on human rights, the death of migrant workers, LGBTQ and women’s rights.

In the press conference Infantino seemed exhausted while trying to defend FIFA’s decision in 2010 to award the World Cup to Qatar. A controversial decision made when he wasn’t the governing body’s president.

“We are taught many lessons from Europeans, from the…