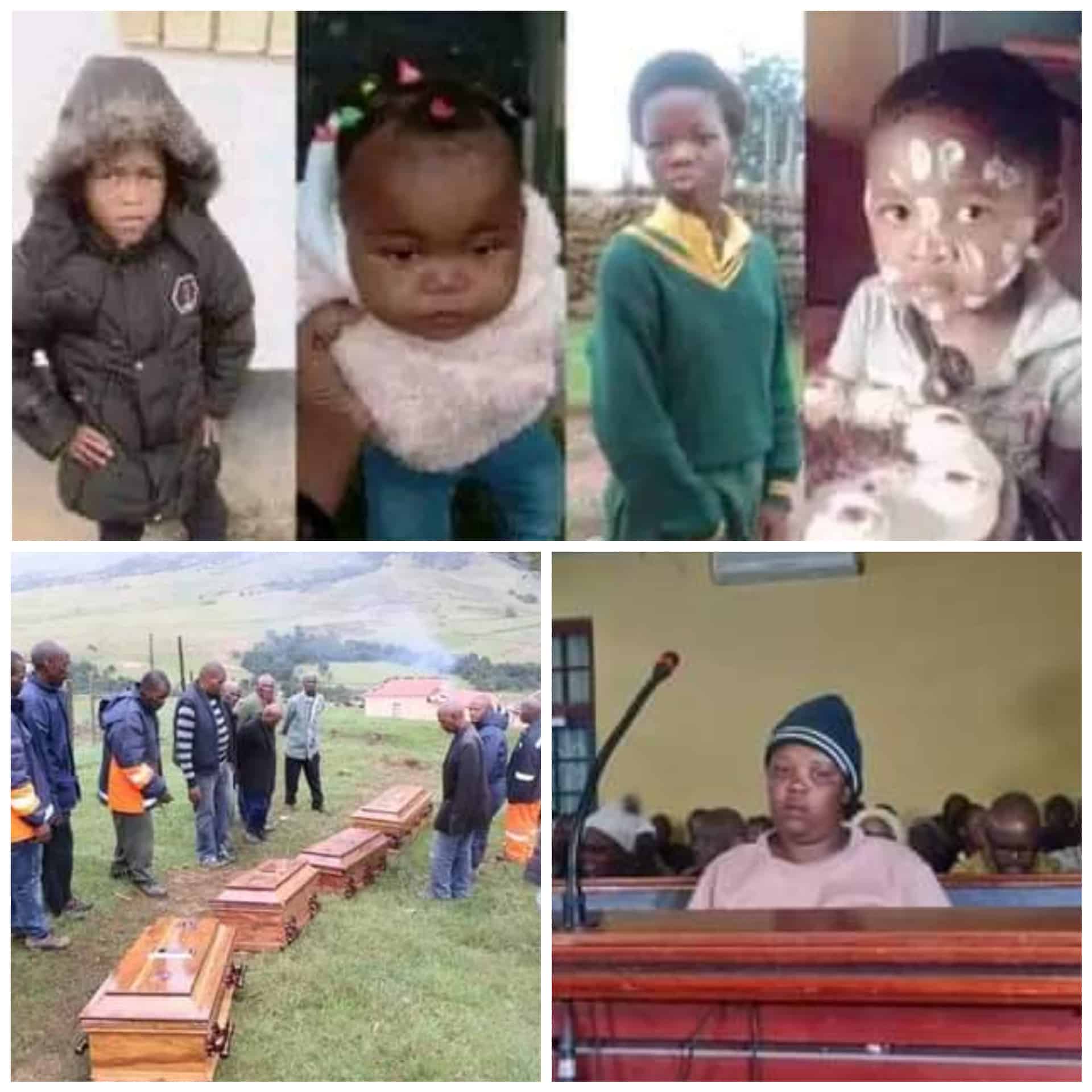 The South African mother, Nomboleko Simayile, accused of killing her four children has died in the hospital.

Simayile was arrested on November 9, 2022, after she allegedly killed her children by smashing their heads with a sledgehammer at Mhlabubomvu locality, in Engcobo village, the Eastern Cape.

According to the media, while in police custody on Sunday afternoon, November 20, she complained about not feeling well.

She was then immediately rushed to a nearby hospital for medical attention where she passed away. The cause of death is yet to be established.

Simayile was set to apply for bail in the Engcobo Magistrates Court but she collapsed in the police holding cells.

It was a dramatic turn of events as Engcobo residents waited for proceedings to start in the Engcobo Magistrates Court.

Simayile’s bail application had to be postponed.